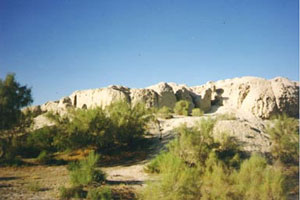 Where ibn Sina came from: Uzbekistan

Ibn Sina and the Samanids in Uzbekistan

Ibn Sina (known to Europeans as Avicenna) was a scientist. He was born about 980 AD in the north-eastern part of the Abbasid Empire. That was in the kingdom of the Samanids. (It’s modern Uzbekistan.)

The Samanids supported science and art, so many scientists and artists lived there. Ibn Sina’s father was the Iranian governor of a local village. He was himself a respected scholar. Ibn Sina grew up speaking Persian, like many educated people in that part of the world.

He was a very smart child. He memorized the whole Quran by the time he was seven years old, even though it was in Arabic, which was not his first language.

While he was still young, he learned about the new Indian number system from traveling teachers. By the time Ibn Sina was eighteen, he was a successful doctor. He treated many patients successfully, working in the same town as the earlier scholar Al Razi.

Ibn Sina becomes the doctor for the Samanid emir

Ibn Sina became so famous as a doctor that the Samanid emir (the prince Nur ibn Mansur) came to him when he was sick. When Ibn Sina cured the emir’s sickness, the emir gave him a job as his personal doctor. Ibn Sina was still only 18 years old! As the emir’s doctor, Ibn Sina got to read many rare books in the emir’s library.

Who are these Ghaznavids?

But in 999 AD, the Ghaznavids conquered the Samanids. The Ghaznavids turned out not to be so supportive of science. Ibn Sina left his home and traveled further west, looking for rulers who wanted to support him. 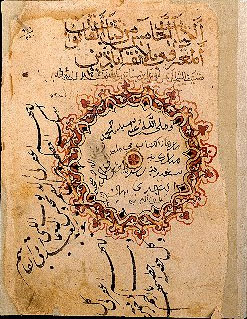 Ibn Sina and the First Law of Motion

Ibn Sina had many new scientific ideas. For instance, when he was twenty, Ibn Sina was the first person we know of who realized that “impetus was proportional to weight times velocity.” This is the basic equation that describes momentum today.

What is momentum?
The First Law of Motion

He also argued that an object moving in a vacuum would keep moving without slowing down, which is also true.

Ibn Sina also said, correctly, that scientists would never succeed in turning metals like lead or copper into gold, even though many scientists were trying to do it. But Ibn Sina found a better use for gold. He made a tube out of gold to push down the mouth into the throat. That way he could keep patients breathing if their throat had closed up.

Ibn Sina published these and other scientific ideas in his Kitab al-Shifa, or Book of Cures for Ignorance, an encyclopedia. (Which I think is a very cool name!)

One part was about geology. Ibn Sina wrote about two types of rock. Today we call them igneous (though he didn’t realize they came from volcanoes) and sedimentary. He explained fossils as formed more or less the same way that sedimentary rock forms. Ibn Sina noted that fossil shells found on land showed, as Aristotle had said, that the land was once under the ocean, and that the world had existed for “ages of which we have no record.”

More about geology
And about erosion
What are sedimentary rocks?

Ibn Sina also followed Aristotle in thinking that earthquakes and erosion shaped the earth over “many ages”. Ibn Sina thought mountains formed under the ocean (where there is plenty of mud to make them out of) and then gradually eroded again into the ocean, to make new mountains. He describes layers of rock, forming through different phases of sediment.

He also wrote medical textbooks. Ibn Sina suggested that something in the air made you catch diseases like measles or smallpox or tuberculosis from other people (though he didn’t know about germs, because there weren’t any microscopes yet).

What is measles?
What was smallpox?
More Islamic medicine

He also tried to understand how human bodies worked. Mostly he followed the Egyptian doctor Herophilus as reported by Galen.

Ibn Sina added his idea that the heart got its food from the blood in the right ventricle, but that turned out to be wrong. Our word “retina”, the back of the eye, comes from Ibn Sina’s Arabic word for it.

He ended his life as a fairly well-off man, who owned enslaved people and property. He died in Iran in 1037 AD, when he was fifty-eight years old, of some sort of digestive problem – maybe a twisted bowel. Before he died, he gave away all his stuff to charity, and freed the enslaved people who worked for him.

All his books – the Book of Cures and the medical textbooks – were used by later doctors like Maimonides all over the Islamic world. Once they had been translated into Latin, his books were used all over Europe too all through the Middle Ages.