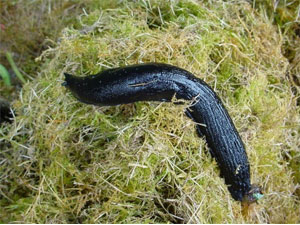 Evolution of mollusks: Slugs are a kind of mollusk.

When did the first mollusks appear?

Mollusks are animals like mussels, clams, snails and slugs. Their name means “soft”, because mollusks don’t have any skeletons. The first mollusks probably evolved from early segmented worms around 500 million years ago.  That was in the Cambrian period. At that time, all animals except arthropods still lived in the ocean, and all these early mollusks also lived in the ocean.

Segmented worms
Arthropods
The Cambrian period
All our biology articles

Like segmented worms, mollusks were generally long and thin, and they had a mouth and an anus with a long gut in between to digest their food.

Evolution of mollusks: Snails are a kind of mollusk.

Evolution of mollusks from worms

But mollusks also have some things that segmented worms don’t have. Many mollusks have shells made of calcium to protect them.

What is calcium?
A project with calcium 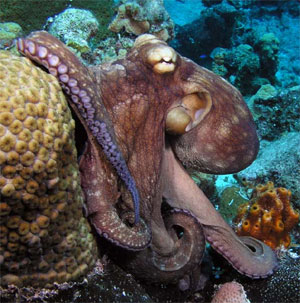 Why frogs and birds eat snails

The earliest evidence of land snails comes from about 325 million years ago. That was the Carboniferous period. around the same time that frogs came out of the water, and so frogs love to eat snails. But there weren’t so many land snails and slugs until about 145 million years ago, in the time of the last dinosaurs and the first birds – and birds also love to eat snails.

Bibliography and further reading about slugs and snails and other mollusks: