Some Islamic rulers bought or captured young Turkish, Mongol, Kurdish and Christian boys. The rulers took these boys away from their families to be special slaves. Tutors raised these boys together in dormitories. They educated the boys well and taught them to fight. When the boys grew up, they became Mamluks or Janissaries. These were soldiers and advisors for the Muslim caliphs and sultans. Often these slaves became very powerful and famous. Some of them, like Saladin, even became rulers themselves. 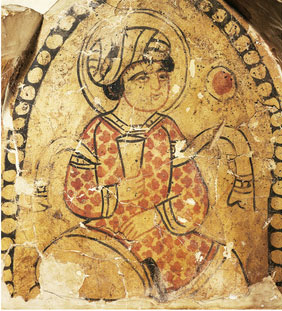 So there were people of many different races and skin colors living in the Islamic Empire. Some Janissaries were Christian boys, from Eastern Europe, and pale-skinned. Many of the people living in West Asia were the descendants of the Mesopotamians and the Assyrians. They were a little darker-skinned. The Jews, too, mainly had darker skin, like Arabs today. Further south, in Egypt and North Africa, people were a little bit darker still, especially in southern Egypt and the Sahara. Across the Sahara, in West Africa and East Africa, people were really black. And all across the Islamic Empire there were enslaved people from Africa who were also black.

Then in the eastern part of the Islamic Empire, in Iran, people were more Asiatic-looking. These were the Turks and the Kurds (the Mongols were Turkish). In India, at the eastern end of the Islamic empire, the people were again darker-skinned. All of these people shared a religion, and for a while they shared the Umayyad and then the Abbasid government, but they didn’t look the same. They didn’t have the same customs and foods, either.

Learn by doing: playing polo
Families in the Islamic Empire