Who were the Fatimids? – Medieval Islam 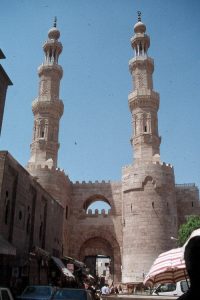 Overthrowing the Abbasids in Egypt

In 908 AD, a new family rose up in Egypt. They took control of Egypt from the Abbasids. This family was called the Fatimids, after Mohammed‘s daughter Fatima. They called themselves the Fatimids because they said they were descended from Fatima.

Who were the Abbasids?
Egypt under Islamic rule
All our Islamic empire articles
All our Egypt articles

The Fatimids were Shiites

The Fatimid family began as leaders of a heretical Shiite Islamic sect, the Ismailis (ish-my-EEL-ees). The Ismailis lived in Yemen in the Arabian Peninsula.

Who were the Shiites?
Arabian geography
Early Arabian history

They sent people from Yemen to Egypt to take over as the Abbasid caliphs began to weaken. Soon they succeeded in taking over not only Egypt but much of North Africa from the Abbasids. They built the city of Cairo to be their capital. It was near the old capital of Alexandria but a new, Islamic city. 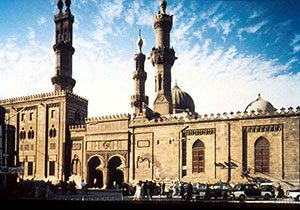 During the 900s and 1000s AD, the Fatimids traded with Italian cities across the Mediterranean. Most of these cities were under the control of Matilda of Canossa.

Matilda of Canossa
History of paper
Where did steel come from?
Afro-Eurasian trade

This trade made both the Italians and the Fatimids very rich. Egypt sold silk, paper, steel, cotton, and sugar to the Italians. The Italian cities of Genoa, Florence, and Pisa sold it on to Northern Europe. In return, Egyptian traders brought back European wool cloth, perfume, wine, furs, silver, and gold. The Fatimids sold all that stuff to people further East along the Silk Road.

In the 900s and 1000s AD, Egypt also traded to the south, with Sudan and Ethiopia. Egyptian traders bought ivory and gold and ebony. They sold glass beads, steel knives, and cotton cloth.

What is ivory?
Medieval African trade

The decline of the Fatimids

But by the end of the 1000s, the Fatimids were not as powerful as they had been before. In 1098, Egypt lost Israel and parts of Lebanon and Syria. The Fatimids lost their land to the French and English soldiers of the First Crusade, who were taking advantage of Fatimid weakness.

More about the First Crusade

In the 1100s, they lost control of Syria and Arabia, too. By now the Fatimid caliphs had lost most of their power to their generals, the Amirs.

Finally in 1187 one of the Fatimid generals, Saladin (Sulah ad-Din), got rid of the last Fatimid ruler. Egypt became Sunni once again. Part of the Ayyubid Islamic state ruled by Saladin and his sons.

Learn by doing: paint a tile in an Islamic pattern
Go on to the Ayyubids

Bibliography and further reading about the Fatimid Caliphate: