Sugar and the Islamic Empire

History of sugar: Sugar also has a lot of carbohydrates

History of sugar in the Islamic Empire

When the Abbasid army conquered northern India about 750 AD, the troops brought back sugar cane to the rest of the Islamic empire.

(More about where sugar comes from)

Maybe the climate changes of the Medieval Warm Period encouraged West Asians to try this new crop. Sugar soon reached North Africa and Spain, because they were part of the Islamic Empire. Sugar was a big hit. Farmers began to grow sugar cane all over West Asia and Egypt.

Islamic engineers invented new sugar cane presses to get more juice out of the sugar cane. Islamic traders also brought sugar to the east coast of Africa, as far south as Zanzibar, and possibly also across the Sahara desert to West Africa. 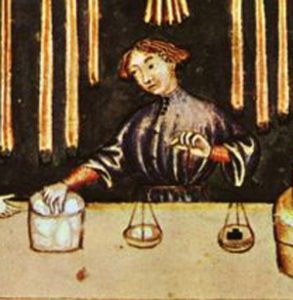 History of sugar in Europe

Europeans were too poor to buy much sugar in the Early Middle Ages. But as the wool industry got going again in the 1100s AD, Europeans got richer. Venetian traders started to buy more sugar (along with Indian spices like pepper and cinnamon) from Fatimid Egypt to sell in Europe. 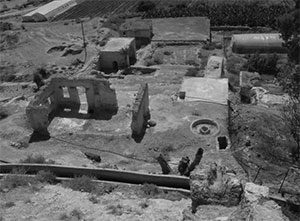 But Egyptian sugar production ran into trouble in the 1300s under the Mamluks.

(More about the Mamluks)

Many Egyptians died of the bubonic plague (the Black Death). Nomads destroyed many sugar mills in Upper Egypt. The Mamluk government didn’t do a good job organizing trade, and as sugar got more expensive, Egyptian producers paid their workers less and cheated on the quality.

European manufacturers developed cheaper ways to make better sugar. For one thing, they used slave labor (paying workers even less than Egyptians did!). Sugar cane needed a lot of workers to harvest it and crush it, so the Europeans began to force people from the Black Sea area and from West Africa to work as slaves on the sugar cane farms.

By the 1400s, Europeans had turned the market around and were selling sugar to Egypt and West Asia. Even so, sugar was still expensive in Europe, and only richer people could afford it.

Where does sugar come from?
Sugar in North America
Quatr.us home