Silver and silver mining – the history 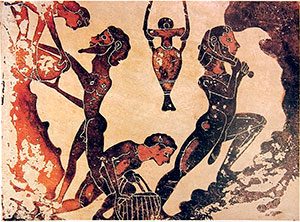 Why did people want silver?

People first mined silver in the Bronze Age. Like gold, silver is a great way to help people trade.

More about gold
The history of money
The Bronze Age

Silver’s easy to carry around

Even before people started to make coins, little bits of silver – bracelets, earrings, and necklaces of silver beads – were a great way to carry around something valuable but not too heavy in your pocket. If you made the silver into a bunch of silver beads, you could easily take one bead off to pay for something.

And there’s plenty of silver in mines

Silver was pretty easy to find all over Europe and West Asia. The big problem was, silver ore (the rocks that had silver in them) generally also had lead in it, so that lead mining and silver mining were the same thing.

More about lead
History of slavery

But lead is very poisonous, so the men who were mining the silver were also being poisoned by the lead. Most lead-and-silver miners died of lead poisoning in two or three years. Because of this, most free men wouldn’t work in the mines. But silver was so useful that people really wanted it anyway.  So cities enslaved people and forced them to work in the mines instead. 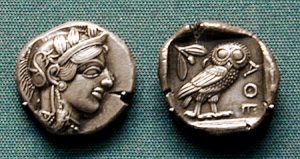 Athenian silver coin showing Athena and her owl (400s BC)

This mine was what paid to build Athens’ first navy, and helped Athens to become a powerful city-state. The people who wrote the great philosophy and plays of classical Athens were supported by the work of enslaved people in those poisonous silver mines.

Silver, Carthage, and the Romans

Another famous set of mines were in southern Spain. These mines were already being worked in the Bronze Age. Here, too, the silver was mixed with lead, so the miners died of lead poisoning.

Carthage in Africa
The Roman Republic 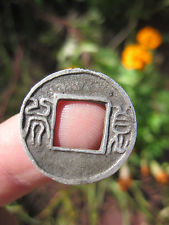 Both the Greeks and the Romans were able to trade their silver to people further east, because there’s very little silver in China. People in China wanted silver to use as money, but they never had enough. The emperors of the Southern Song Dynasty solved this problem about 1150 AD by printing paper money.

Paper money solved their problem well for two hundred years, and China’s economy grew very big, much bigger than ever before. Kublai Khan kept that going under the Yuan Dynasty in the 1200s.

More about the Yuan Dynasty
The Ming Dynasty

But then under the Ming Dynasty, the emperors of the 1300s foolishly tried to solve their money problems by printing lots more paper money. People decided they didn’t trust paper money anymore. China had to go back to silver money. But where could they get enough silver? There already hadn’t been enough before, and now they would need a whole lot more.

Ming Dynasty Chinese people in the late 1300s bought a lot of silver from Japan. They invaded Vietnam and took their gold and silver. But it still wasn’t enough. Silk Road traders knew they could always sell silver in China and buy silk and porcelain to sell back in the west. New Austro-Hungarian silver mines (at Joachimsthal, for example) opened up in the early 1500s. They sold silver to China too, making Charles V very rich.

History of Vietnam
All our Japan articles

By the late Middle Ages, though, there just didn’t seem to be enough silver anywhere to make enough coins for people to use. So when Spanish and Portuguese explorers found out that there was a lot of silver in South America and Mexico,  they were very excited.

At first, China was pretty enthusiastic. Finally, plenty of silver! China was happy to pay very high prices for this silver from South America. In Spain, Philip II borrowed a lot of money, promising to pay it back as soon as he had sold some more silver to China.

By 1560, it was getting harder to mine silver in the Americas. Most of the easiest silver had already been mined. But Spanish mining experts figured out a new process – the “patio process” to get the silver out of low-grade silver ore. They found mercury in the Andes Mountains. They crushed up the silver ore, mixed it with mercury, copper sulfate, and water, spread it out in a shallow basin (a patio) and left it for a few weeks. That made silver cheap again.

In 1575, Italian Medici producers were making soft-paste porcelain to sell in Europe. In 1578, the Ottomans were short of silver to pay their army.

But twenty years later, about 1580, traders realized that there was plenty of silver out there. They weren’t willing to pay as much. Silver wasn’t worth as much anymore. Philip couldn’t make the big profits he had promised, and he couldn’t pay his debts.

By 1600, the Spanish kings had already had three bankruptcies by borrowing money and then having the price of silver fall. Having a lot of silver in Afro-Eurasia that China wasn’t buying made each silver coin worth less, so store-keepers charged more for things. Urban workers on a fixed salary got poorer (though probably this had as much to do with cities growing and people using money more as it did with the silver.)

In 1644, the Ming Dynasty collapsed when the Manchu invaded China. The Manchu still bought silver as their population and their economy grew, but at ordinary prices, not high prices. China stopped buying silver from Japan, and only bought silver from South America.

The Spanish and Portuguese had to sell their silver at ordinary prices, not super-high prices, now. That’s one reason that even though the Spanish got rich first from colonization, in the end, the British became more powerful.

Learn by doing: check out something made of silver, maybe in a jewelry store
Gold and gold-mining

Bibliography and further reading about silver – or buy some silver for yourself!