Who were the Inca? South American history 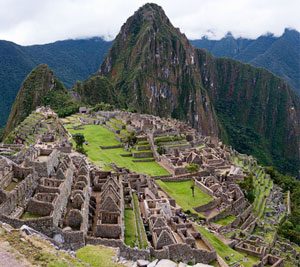 Until the 1400s AD, the Pacific coast of South America was made up of a lot of small independent kingdoms. First the Valdivia and Norte Chico people lived there. Then the Moche, the Chavin and the Mapuche took over.

How did the Inca get power?

These kingdoms often raided each other, but then they went home again and made peace. This was like the city-states of ancient Greece, or the Etruscan period in Italy. Then one of those kingdoms, the Inca, began to take over the others and keep control of them, instead of just raiding them (like Philip of Macedon, or like the Romans). Gradually the Inca put together an empire.

What is an empire?
What is a city-state?

What did the Inca call themselves?

The Inca did not call themselves the Inca; they actually called themselves the Tawantin Suyu, which means The Four United Regions (like the United States). The capital was Cuzco (in modern Peru).

Is there a movie about them?

The Inca are the people that are in the movie, The Emperor’s New Groove (the one about the emperor who gets turned into a llama).

What did Inca people do?

Most people in the Inca empire were farmers. They grew potatoes and peanuts, tomatoes and avocados and peppers, cotton for clothing, and coca leaves for medicine. Spinners and weavers made fancy fabrics to sell to their neighbors.

Many other people spent their time fishing from boats. Some people made pottery, built big stone palaces and temples, collected taxes, and built roads paved with stone.

The Inca traded with their neighbors to the south, the Mapuche in Chile. They sold them cloth and bought dried fish. And the Inca sold cloth and coca leaves to their east, into the Amazon rain forest. In exchange, they bought medicines. They sold cloth to the people of Ecuador, to their north, too. They bought fancy sea-shells from Ecuador to use for jewelry.