What is a city-state? Definition

Ur was an early city-state. This is the Standard of Ur, from West Asia (2000 BC)

What is a city-state?

A city-state is like a very small country, with just one city in it. The Greeks called a city-state a polis. (You pronounce it “poh-liss”.) That’s where our word politics comes from.

Who were the Sumerians?
The Akkadian Empire
Yayoi Japan

Kings and queens ruled these city-states. They had councils of noblemen for advisors, as we see in the Epic of Gilgamesh. There were city-states in early Japan. Also, there may also have been city-states in India, and in Ecuador, Peru, Chile, and Brazil. 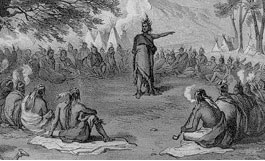 In North America, many people lived in city-states as well. Cherokee people, for instance, lived in many different city-states until after the European invasion. Then they unified under one chief in the 1700s AD. 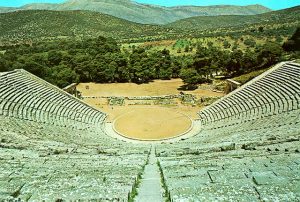 Greek theater at Epidauros (200 BC

Greece, in the Bronze Age, also formed many small city-states. Homer’s Iliad lists them: Mycenae, Sparta, Pylos, Athens, Corinth, Thebes, Ithaca, and so on. These city-states also had kings or queens.

At the beginning of the Iron Age, many different people made new city-states all around the Mediterranean Sea. Some examples are the Etruscans, the Romans, the Greeks, and the Phoenicians. Oligarchies or democracies ruled most of these city-states.

The Etruscans
Greek colonization
What is an oligarchy?

But by about 300 BC, most of the city-states had been swallowed up into big empires. Empires were stronger and more peaceful than living in city-states. It was not until the High Middle Ages, about 1000 AD, that city-states appeared again in northern Italy and Spain.

In the Middle Ages, city-states like Florence, Genoa, Pisa, and Venice were rich and powerful. They controlled Mediterranean trade with the Silk Road, Egypt, and India.

Learn by doing: What if your city were an independent country? How would your life change?
More about Greek city-states

Bibliography and further reading about city-states: