Around 1700 BC, a great earthquake shook the island of Crete and knocked down the palaces (or big houses) that many people had been living in. The people rebuilt these palaces much bigger and more beautiful than before, but still along the same lines of all the rooms being stuck together (agglutinative). This was not long after the first great palaces of West Asia and Egypt, and maybe the Cretans got the idea from there. 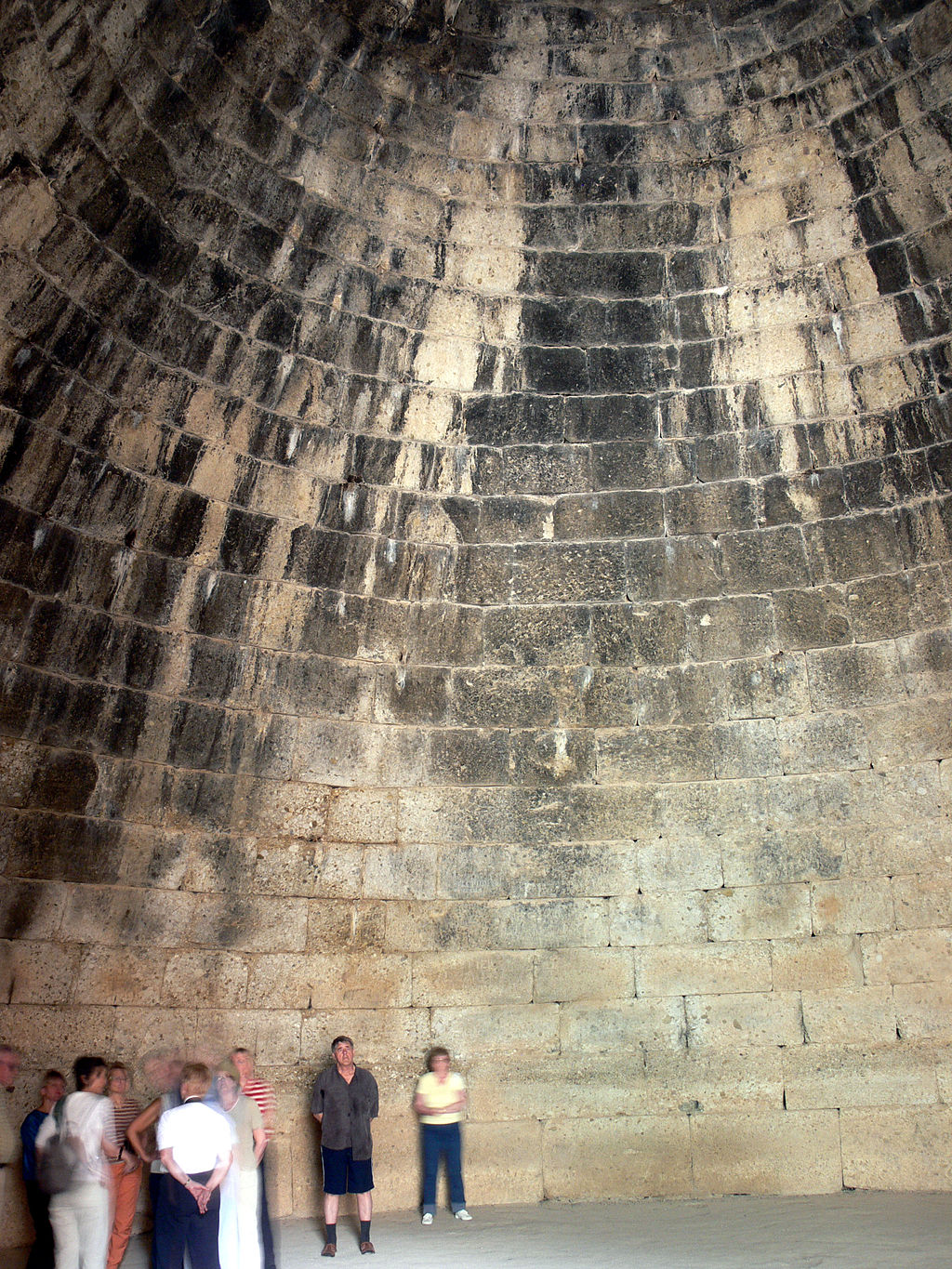 Treasury of Atreus, a tholos tomb from Mycenae

Around 1400 BC on the mainland, the Greeks were building big stone tombs for their kings and queens. We call these tholos (THOUGH-lows) tombs. They start out big at the bottom and gradually get narrower as they go up: 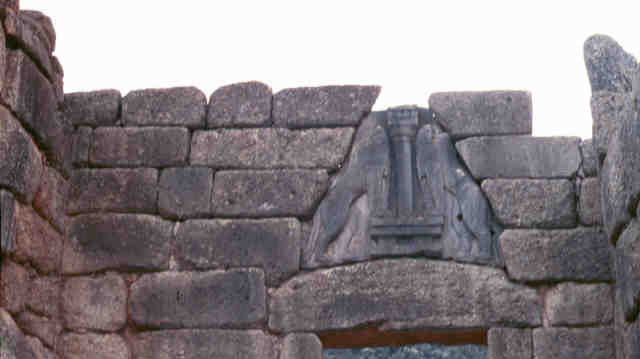 The Greeks on the mainland also built palaces for themselves, around 1400 BC. These combined the decorations of the Cretan palaces with the old megaron form to make the typical Mycenean palace, which we have found not only at Mycenae but also at many other Late Bronze Age sites around Greece like Tiryns (TEER-ins) and Pylos (PIE-lows).

The Oxford Handbook of the Bronze Age Aegean, by Eric Cline (2010). A good summary.

Knossos, A Complete Guide to the Palace of Minos, by Anna Michailidou (1995)