Thebes – a city in ancient Greece 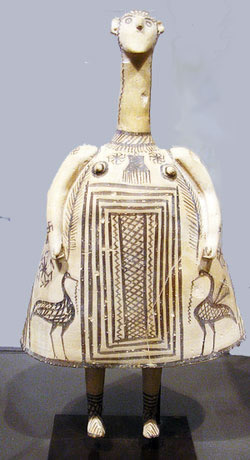 Thebes bell in the shape of a person, 700 BC (Louvre Museum, Paris)

In Greek mythology, Thebes was where Oedipus lived with his mother-wife Jocasta. It was where Oedipus’ daughter Antigone died, and where Dionysos drove Pentheus mad. In Thebes, Niobe boasted about her children, and Medea killed her children. The Athenians (who we get these stories from) told all these scary, sad stories about Thebes, because they were the enemies of the Thebans and hated them. But Hercules was also from Thebes. 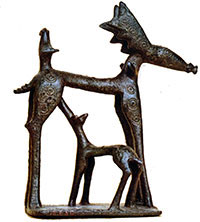 Thebes was in fact an important city in the Mycenean Bronze Age though maybe it was smaller than Athens, Sparta, and Corinth. Thebes was a little north of Athens, in central Greece. Unlike Athens and Corinth, Thebes was not a seaport – Thebes was a farming city, ruled by an oligarchy of a few rich men who made laws that they were the only ones who could own land.

During the Archaic period, in the 500s BC, Thebes and Athens fought over the land between them, especially the town of Plataea. When the Persians invaded Greece in the Second Persian War (480 BC), the Thebans sent 400 men to defend the mountain pass at Thermopylae, but when the Persians were about to break through the pass, the Thebans surrendered to them (while the Spartans died fighting). The Thebans surrendered because once the Persians were through the pass they were going to get right to Thebes. So the Thebans saved their city from being sacked and burned. The Thebans even fought on the Persian side at Plataea. But after the war was over, and the Greeks had won, all the other Greeks were mad at Thebes for going over to the Persian side. 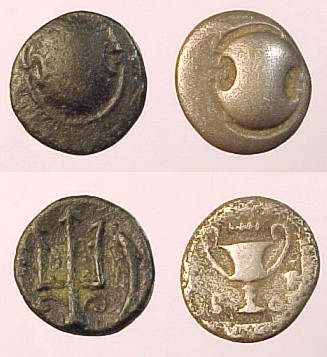 After 371, the Theban army was so strong that they also tried to push people around to their north, in Thrace and Macedon. But when the Thebans got weaker, the Macedonians invaded Greece instead. The Thebans were a big part of the last stand of the Greeks against the Macedonian invasion of Philip II in 338 BC at Chaeronea, and after the Greeks lost that battle, Alexander the Great destroyed the city of Thebes in 335 BC, and he sold all the people of Thebes into slavery in other cities.

Learn by doing: put on a Greek play
More about Oedipus