Who invented money? History of money 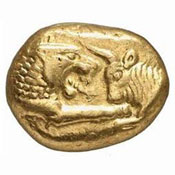 Seashells and beads: the history of money

Probably people started out using rare seashells and feathers as money. When they needed more money and couldn’t find enough rare seashells, they realized that you could make an object valuable by putting a lot of work into it. So they started to make their own small, rare objects by carving beads. People have also used all sorts of other things as money.

Where do seashells come from?
The invention of glass
History of silver
Where does gold come from?

They’ve used paper as money, or cocoa beans, or cowrie shells, emeralds, diamonds, gold, silver, and bronze. Beads were often a kind of money well into the 1800s. Anything small, not too heavy, and fairly rare or hard to make will work as money. 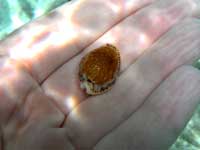 The earliest metal coins came from China, where people used small pieces of bronze to trade things starting around 1500 BC, possibly to replace the cowrie shells they used before that.

Coins issued by the government

Governments invented coins with guarantees around 650 BC. Governments or businesses mark this kind of coin with a promise that this coin is worth what it says it is worth. So – if you trust that government – you don’t have to weigh each coin before you accept it. The first coins of this kind were from Lydia, in West Asia. Lydian kings used the coins to pay mercenary soldiers. But many people preferred to keep on using mainly credit for trading instead.

What are mercenary soldiers?
Who were the Lydians?

History of money: a Greek coin from Corinth

When governments began to require people to pay their taxes in money, gradually gold, silver, and bronze coins became common all over Europe, Asia, and Africa ( except for South Africa). In South America, the Aztec empire collected taxes in cocoa beans, in the same way, starting about 1400 AD. Traders even made fake cocoa beans to trick people into thinking they were money.

The governments that minted these coins figured out that if they didn’t have enough money, they could mix the gold with more silver to make it go further, or mix the silver with more bronze. That way they could make more coins with the same amount of metal, and have more money to pay their soldiers with. The Romans did this in the 200s AD.

The Roman economy
What is bronze?

But of course pretty soon people figured out that these coins weren’t really worth what the government said they were worth, and then they didn’t want to take those coins in stores. Or they demanded more coins, so it would be the same amount of gold or silver as before.