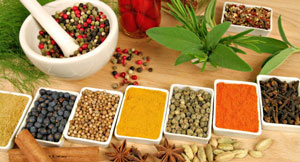 What did most people do for work?

Most people in ancient India were farmers. That’s the same as in other parts of Asia and Europe at this time. In India, farmers mainly grew wheat and rice. They grew cotton for cloth. They grew opium for medicine too.

More about opium
History of wheat
Where did rice come from?
Indian cotton
All our India articles

What about Indian manufacturing?

On the coast, people produced salt in big evaporation flats. And in Sri Lanka they dove for pearls. Indian traders shipped teak wood to Iran to use in ship-building. Many men and women and children also worked in manufacturing. They were spinning, weaving, and printing cotton cloth, pouring steel into crucibles, boiling off sugar into lumps, and drawing out glass into tiny glass beads.

History of salt
Where did pearls come from?
Indian steel production
History of sugar

India always made money from trade, because India is between China and West Asia and Europe. From the Harappan period on, Indian people were selling gold to West Asia, using their carefully made weights to weigh the gold out. Soon Indian traders were selling West Asian glass and wool to people in China, and Chinese things like silk and pottery to people in West Asia.

Indian weights and measures
More about the Silk Road

Traders in India also sold a lot of Indian things to both China and West Asia. Early on it was mainly medicine, but also spices like cinnamon and black pepper, clothing dyes like indigo (named for India) and luxuries like pearls. The trade made India a very rich country. But because the trade mainly went through northern India, the north part of India was usually richer than the south part.

Indian medicine
What is cinnamon?
More about black pepper 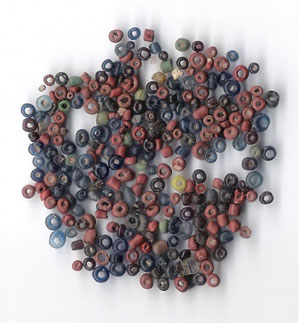 Indian trading ships on the ocean

Sometime around 600 BC, Indian traders began to trade using ships on the ocean, which could carry more stuff more easily and safely than donkeys or camels could on land. This was good for South India, because some of the ships went to ports in the south, or sailed right around the south of India. About the same time, Indian rulers began to mint metal coins.

Indian ships and sailing
History of money
More about donkeys

Also about this time, pearl divers were collecting pearls to sell off the shores of Sri Lanka. By 200 BC, manufacturers had extended the pearl industry to include cheaper stone and glass beads on the south-east coast of India, at Arikamedu, and traded both pearls and beads as far as the Philippines to the east and as far as West Africa to the west.

India and the Silk Road

This successful shipping trade, and the Sogdian creation of the Silk Road route from Central Asia east to China and west to the Persian Empire, encouraged Indian manufacturers to develop new industries.

By around 300 AD, India was making and selling high quality steel along the Silk Road; a hundred years later India was also making and selling paper. In the 600s AD there was a big steel factory with wind-driven bellows in Sri Lanka. About the same time, India began to make and sell tons of lump sugar to China, to the Sogdians, and to the Parthian Empire.

Direct sailing from Africa to India 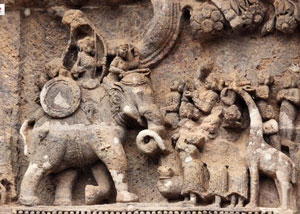 About 130 BC, the Ptolemies established direct sailing from Egypt and East Africa to India. By 800 AD, Indian manufacturers were also selling a lot of cotton cloth, silk, and glass beads to Arab traders and African traders, who sailed with the cloth to East Africa and sold it there, bringing back African ivory, gold, and slaves. Very soon, looking for other things to trade for, the traders also began to bring back coffee.

Medieval African economy
What is ivory?
History of slavery

Did you find out what you wanted to know about ancient India trade? Let us know in the comments!

Learn by doing: go to a bead store and make a bracelet or necklace.
More about the Indian economy

Bibliography and further reading about the ancient Indian economy:

Arab Seafaring: In the Indian Ocean in Ancient and Early Medieval Times, by George Hourani and John Carswell (2002). For adults, a time-tested account of trade between India and the Arabian Peninsula.

Eating India: An Odyssey into the Food and Culture of the Land of Spices

, by Chitrita Banerji (2007). Not a cookbook, but a discussion of food in India, for grown-ups.