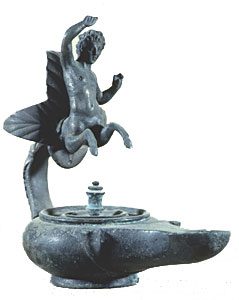 One of the first things that African traders sold was ivory, from elephant tusks. People in Egypt and West Asia liked to make jewelry and fancy furniture out of ivory. They also sold ostrich eggs, because they were so big. And they sold wood, from the forests. The early African economy also involved hard stones like diorite and granite, and gold.

What did traders sell to Africans?

The African traders of Kush bought linen and cotton cloth, glass, jewelry, and perfume and wine from Egypt and West Asia (the Phoenicians were the main glass-makers of that time). People from Kush domesticated donkeys and used them to carry things to sell north to Egypt, and then back to Sudan.

By around 500 BC, people in North Africa and Egypt were using gold, silver, and bronze coins, which had been invented in West Asia. More and more West Asian and Indian traders began to sail to the coast of East Africa to trade.

Then, about 500 AD, people invented a better camel saddle, and caravans of camels started to cross the Sahara Desert to trade with West Africa. They brought salt south from the desert, and traded it with the kingdom of Ghana for West African gold.

By this time, people in southern Africa were trading with India and West Asia too, buying Indian glass beads and selling ostrich eggs, ivory, and especially copper and gold. Even people in Zimbabwe and Congo soon were buying these Indian glass beads, carried overland from East Africa.

Did you find out what you wanted to know about the early African economy? Let us know in the comments!

Learn by doing: blow out a chicken egg the way people blew out ostrich eggs
More on the African economy

Bibliography and further reading about the African economy: