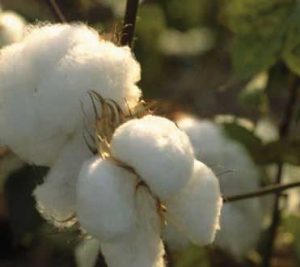 Cotton in the Americas
Who were the Harappans?
All our India articles

We know because people wrote about cotton in the Rig Veda, and that was written about 600 BC in India. Egyptian farmers also grew a little bit of cotton, but cotton never became very important in Egypt, where people mostly wore linen clothing.

What’s the Rig Veda?
What is linen?
Ancient Egyptian clothing

In the 400s BC, a Greek historian, Herodotus, wrote that in India there were “trees growing wild, which produce a kind of wool better than sheep’s wool in beauty and quality, which the Indians use for making their clothes” (Book III, and again in Book VII, where Herodotus tells us that Indians fighting in Xerxes’ army were dressed in cotton).

Around this time, the Ajanta Cave carvings show that cotton growers in India had invented a roller machine to get the seeds out of the cotton.

Cotton and the Silk Road

By the Guptan period, about 200 AD, the Indians made a good business of selling cotton as a luxury to the Parthians to their west and to the Chinese to their east.

The Romans, further away, thought of cotton as an expensive luxury like silk. They had to buy it from Arabic or Parthian traders. The Roman encyclopedia writer Pliny reported that in India there were “trees that bear wool” and “balls of down from which an expensive linen material for clothes is made” (Pliny Book XII 38).

Indian cotton cloth was so expensive that their customers started trying to grow cotton for themselves. By the 400s AD, people were growing cotton in East Africa. In the 500s AD, the Sassanians were growing cotton, at least at the eastern city of Merv.

Who was Ibn Battuta?

But in Europe, cotton was still a very unusual luxury, imported from India through the Islamic empire. After about 1000 Italian traders brought a little more cotton to Europe, but still as a finished luxury product, not growing it in Europe.

In the 1200s AD the Mongol emperors of China encouraged people to grow cotton there, and their tax rebates and training programs were so successful that cotton soon became the first choice for poor people’s clothing. In the 1400s Italians started to produce cotton for themselves at Genoa and other North Italian cities. But cotton was still not ordinary clothing in Europe.

Learn by doing: which of your clothes are made of cotton?
Earlier History of Cotton