What is the Rig Veda?

The Rig Veda is a group of poems that people in India first sang and recited maybe about 1500 BC. That was soon after the Yamnaya – the Indo-Europeans – arrived in India.

Who first wrote down the Rig Veda?

For hundreds of years, people passed down these poems by reciting them out loud. They added some poems and forgot some others. By about 1000 BC, the Rig Veda reached its final form, in the Sanskrit language. Then in the Guptan period, about 500 BC, people finally wrote the poems down. The Rig Veda is one of the most sacred texts of Hinduism.

More about the Guptan Empire
The alphabet comes to India 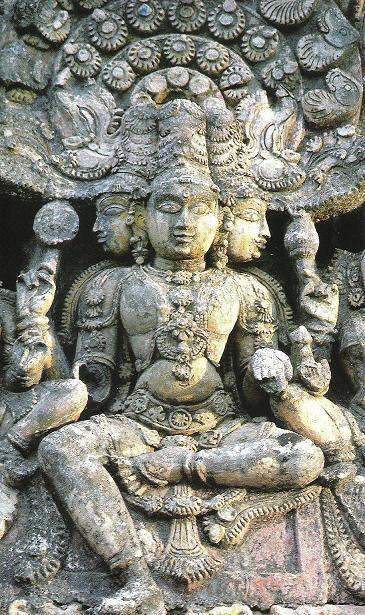 Prajapati: the god who created the world

This is a video of women dancing to a chant from the Rig Veda.

The Rig Veda tells the story of Prajapati, the first god who created the world. Prajapati means “Lord of Creatures”. Prajapati was sacrificed to himself by the younger gods Indra, Agni, and Varuna.

More about Indra
More about Varuna
What is sacrifice?

The Rig Veda says that each of Prajapati’s parts turned into a different group of people, so that Indian people thought of themselves as belonging to one of four castes, or groups. This idea of caste seems to be a Vedic idea.

More about caste in India

Bibliography and further reading about the Rig Veda: