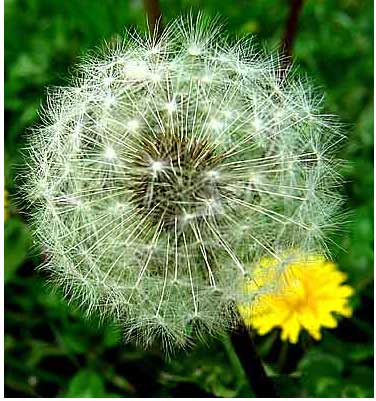 What is a seed?

A seed is the egg cell of a plant, with a hard wrapper around it so it can survive on its own. The earliest plants with seeds evolved from plants with spores during the late Devonian period, about 360 million years ago. The seeds made a hard wrapper around the plant’s reproductive cell, to protect it so that the new baby plant could survive even if it didn’t fall into good ground for growing in.

During the Permian period, about 290 million years ago, the climate was too dry for ferns and their spores. So these new seed plants became much more common and spread over all of the Earth’s land. Most of these new plants were conifers, or pine trees, that wrapped their seeds in pine cones to protect them.

But pine trees had to make a lot of pollen to make sure the wind carried some of the pollen to the eggs inside the pine cones. About 250 million years ago, during the Triassic period, some types of plants evolved to have flowers instead of cones. These early flowering plants still relied on wind to spread the pollen, but by the Cretaceous period, about 100 million years ago, the pretty flowers attracted bees, and the bees carried the pollen from plant to plant. Now these new flowering plants didn’t need to make so much pollen, and they could save their energy to make flowers and seeds.

Evolution of seeds into fruit

Still later, many flowers evolved to wrap their seeds in something good to eat. That way, birds and, later on, animals would eat the fruit. The birds and animals could poop out the seeds somewhere else. They spread the seeds to new places.

Learn by doing – Growing a seed

Bibliography and further reading about seeds and plant reproduction: