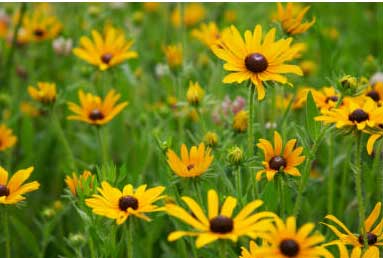 When did flowers evolve?

The earliest flowers probably developed about 130 million years ago, in the Cretaceous period, as a way to attract newly evolved flying insects – mainly bees.

When did bees evolve?
The Cretaceous period
All our biology articles

Why did flowers need bees?

Flowers needed bees to spread the plant’s pollen far away from where the plant was growing, to make new plants. Bees and flowers seem to have evolved together; neither could live without the other.

How did conifers reproduce?
What are seeds?

The parts of a flower

Like earlier gymnosperms, flowering plants start with tiny seeds at the end of branch stems, in a swelled out part we call the ovule or ovary. The seeds rise up along a tube called the pistil and come out the end.

All around the sides of the ovary and pistil are the stamens, which evolved out of leaves. The stamens make pollen. When the pollen gets on the seeds, the seeds are fertilized and can produce a new flower.

Some flowers, like wheat and other grasses, let their own pollen fertilize their own seeds, but more often flowers evolve so that bees carry their pollen to other flowers to increase genetic diversity. That makes for stronger, healthier flowers. 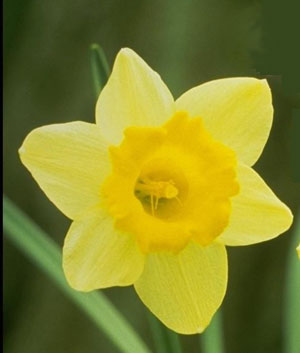 Daffodil with petals and pistil in the middle.

How did bees get involved?

The first flowers relied on wind to move the pollen, and then on bees just happening to come by at the right time, but gradually some flowers evolved to encourage the bees to fly from flower to flower.

Nectar is food for bees

These flowers evolved to make bee food – nectar. Flowers make nectar, which is basically sugar water, down at the bottom of the ovary, at the base of the petals. The bees take the nectar home and store it as honey.

Bees can get addicted too

Some plants even may make drugs like caffeine or nicotine or opium – or extra sugar! – in their nectar to get the bees hooked on their flowers. When bees fly down into the flower to get the nectar, they get pollen all over themselves, and then when they go to another flower to get more nectar, they rub the pollen off over there. 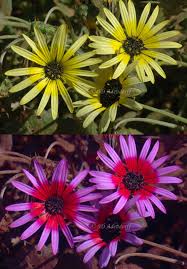 Top: how we see these flowers Bottom: how bees see them

To let the bees know where to go, flowers also evolved bright, showy petals and strong smells. Petals, like stamens, evolved out of leaves. Some plants have simple petals that are just leaves without chloroplasts in them, so that they are red or yellow instead of green. Other plants have much fancier petals.

What are chloroplasts?
Evolution of eyes

Petals actually have patterns on them that we can’t even see, but bees can see them because their eyes are different.

Bibliography and further reading about flowers: