What is a chloroplast? Parts of a cell – Biology 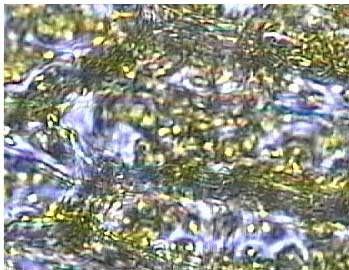 Chloroplasts (seen through a microscope) – how did chloroplasts evolve?

When did chloroplasts evolve?

The first cells that could make sugars out of sunlight and carbon dioxide and water by photosynthesis probably evolved around 3.8 billion years ago.

What are prokaryotes?
What is photosynthesis?
All our biology articles

Why are chloroplasts green?

They were prokaryotic cells that looked blue-green, because they needed to absorb all the warmer wavelengths of light and reflect the cooler blue and green ones.

More about light
Why is the sky blue?

How did chloroplasts get inside cells?

Gradually more and more cells began to have lots of blue-green prokaryotes living inside them, and by around two billion years ago some of the blue-green prokaryotes lost the ability to live on their own and evolved into chloroplasts (KLOR-oh-plasts) that could only live inside other cells (This is very much like what happened to mitochondria).

A video about chloroplasts

How many chloroplasts are there in a plant cell?

Bibliography and further reading about chloroplasts: