What is water made of? Molecules and chemistry 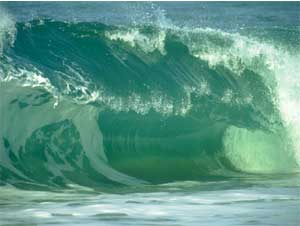 The first molecules of water formed out in space, about 14 billion years ago, as part of the nebula left over after an early star exploded in a supernova. There were a lot of hydrogen and oxygen atoms floating around in these nebulae, and when they stuck together that made water molecules. Because hydrogen and oxygen were both very common atoms, they made a lot of water molecules.

There is still plenty of water all over space and other planets. There’s water in nebulae today, and in comets, and on the Moon, and on Mercury, Mars, and Neptune, for instance. But the water in all of these places is frozen into ice. Earth is the only place we know of that has liquid water ( possibly Mars does too).

Nobody knows how water got to Earth, or whether it was here from the beginning when the planet first formed, but there has been liquid water on Earth for about four billion years. Water’s an important part of heating and cooling the Earth, and also water is where the first living cells got started. All plants and animals need water to survive.

Learn by doing: a project with ice
and one with steam
More about clouds
More about ice

Bibliography and further reading about water: