Why does it rain? Weather – Earth science 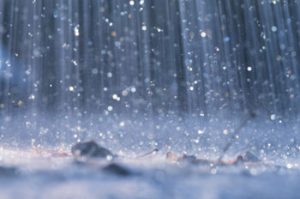 Thanks to Rocbike for the great picture!

When the Earth first formed, about 4.5 billion years ago, it didn’t rain here. Until about four billion years ago, Earth was too hot for raindrops to form, and water just hung in the air as steam without falling as rain. Then as the Earth’s surface began to cool, in the Archaean era, huge clouds formed and began to rain huge rainstorms. The rain made oceans wherever there were low places in the Earth’s surface.

Nobody knows exactly what makes clouds begin to form raindrops and release their water as rain. Probably the cloud’s water freezes on to tiny particles of dust or live bacteria inside the cloud, called cloud seeds. Pollution can also act as a cloud seed. Then these clumps gradually get big enough so that they are heavier. So gravity pulls the frozen clump of ice toward the ground.

People sometimes try to make it rain if there is a drought by sending planes to shoot dust into clouds. We call this cloud seeding. Sometimes cloud seeding works and sometimes it doesn’t – scientists are still studying how this works. 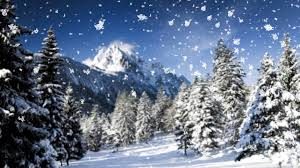 If it’s colder, rain may fall as snow.

As the ice clump falls closer to the ground, usually the temperature is warmer, so the ice melts and falls as rain. But if it is cold, the ice may stay frozen, or re-freeze on its way down, and fall as freezing rain, or hail, or as snow.

After rain falls to earth, most of it gradually runs downhill into streams and then into rivers and from there to the oceans. Then the heat of the sun evaporates the water up into the sky again, where it forms clouds.

Different places on Earth have different rain patterns. In some places on Earth, like the London, it rains a little bit on many days of the year. But in other places, like Mumbai, it hardly ever rains except for one or two months a year, when it rains very hard nearly every day – this is a monsoon rain.

Bibliography and further reading about weather: