See how the degrees match up.

Many hot things take up more room than the same things when they are cold. Thermometers take advantage of that to measure heat. The old-fashioned kind of thermometer you see here is a narrow glass tube with a glass ball or bulb at the bottom. Inside the glass is a little bit of mercury or another liquid (it is not mercury in this picture). When the liquid is cold, the molecules of mercury (or whatever) stay quiet and close together, and they don’t take up much space, so they can all fit inside the bulb down at the bottom. But as the liquid gets hotter, for instance if you rub the thermometer, or put it in your mouth, or if the sun is warming up your part of the earth, the molecules of liquid begin to move around more and bounce off each other. Then they take up more room. They don’t fit in the bulb anymore, so they have to travel up the tube. The hotter it gets, the further apart the molecules get, and the higher the liquid goes up the tube. 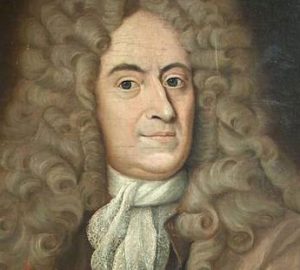 The liquid doesn’t care what is written on the outside of the tube; those numbers are just so we can measure how far up the liquid has gone. There are two main ways of spacing out the numbers to measure temperature. Fahrenheit is one system (invented in 1724) and Celsius is the other one (invented in 1710). They’re both named after the men who invented them. Fahrenheit and Celsius measure the same thing – temperature. But they start counting at different temperatures and the size of the degrees is different. Celsius degrees are bigger than Fahrenheit degrees. 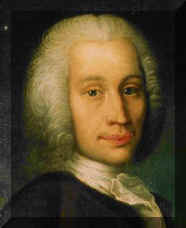 Everybody else in the world uses the Celsius scale. In Celsius, people call the temperature where water freezes into ice 0 (zero) degrees, and they call the temperature where water boils 100 degrees. Normal human body temperature is 37 degrees. Celsius invented his system some years before the French Revolution, but it got a boost when France’s revolutionary government decided to include it as part of their new metric system.

Bibliography and further reading about temperature: