Did the Romans use makeup? Ancient cosmetics 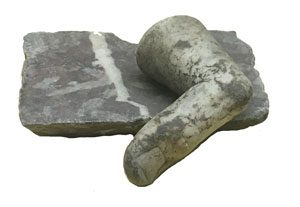 Roman makeup: A stone finger and palette for crushing cosmetics into powder before putting them on your face (St. Germain en Laye, France)

Both men and women used beauty products in ancient Rome. People used these products to make themselves seem healthier and more beautiful, but also to show that they were rich, or that they were from a certain province, or that they did a certain kind of work. Roman makeup, like makeup today, used thousands of different ingredients. Some popular ingredients were beeswax, ground oyster shells, honey, kohl made with charcoal or ashes, almond oil, gum Arabic and frankincense (imported from Arabia or Sudan), red ochre, rose petals, wine dregs, and cinnabar (mercury). 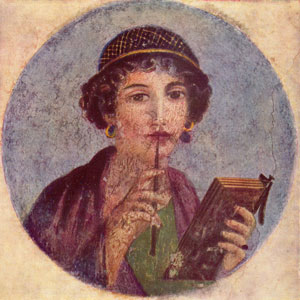 A woman from Roman Egypt, holding a notebook and a pen

Rich women had whiter skin than poor women, because they stayed inside instead of working in the fields as farmers. So women used whitening creams to make themselves look paler, and therefore richer. One Roman whitening cream from London in the 100s AD was made of cow or sheep fat, starch, and tin oxide. Other whitening creams used lead, even though lead was poisonous.

History of lead
A project with lead
What is tin?

Did you find out what you wanted to know about Roman makeup? Let us know in the comments!

Bibliography and further reading about Etruscan and Roman clothing:

Costumes of the Greeks and Romans, by Thomas Hope (19th century, reprinted 1986). More advanced illustrations, for teachers and professional costumers.

The World of Roman Costume, edited by J.L. Sebesta and L. Bonfante (1994). A more culturally oriented study of not only what the Romans wore, but why they wore it. By specialists, but accessible to adults.