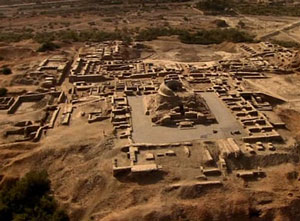 Harappan science and math in India

The Harappans in 2500 BC had a sewage system at their city of Mohenjo-Daro, and carefully laid out, straight streets. So even though we can’t read their writing, we know that the Harappans understood a lot of geometry.

The Harappans learned how to write numbers from West Asian mathematicians, and developed them further.

Harappans were the first people to use base 10 for their weights. They may have used the weights for the gold trade. (There was a lot of gold in South India that they sold to other places.) Indian interest in number systems based on ten kept going throughout antiquity and the Middle Ages.

A severe climate change halted development at Harappa around 2000 BC. But the resulting Indo-European invasion of 1500 BC brought military advances to India. The Indo-Europeans or Yamnaya brought horse-drawn war chariots with them. Possibly the Indo-Europeans also brought new math and astronomy ideas from Babylon.

Who were the Indo-Europeans?

By 1300 BC Vedic mathematicians in India like Lagadha were discussing the idea of infinity and the movements of the sun and the moon.

By 1000 BC, they were writing the Atharva Veda, a medical text. A second military advantage came about 800 BC. That’s when the Vedic people in northern India learned to smelt iron from the Assyrians in West Asia. Not long afterward, people were probably smelting iron in South India, too.

Replicas of the surgical tools Sushruta describes in his book

Around 500 BC, thanks to Persian influence, the city of Taxila (in modern Pakistan) became a great scientific center. Atreya, a great botanist (plant specialist) and doctor, was working at Taxila about this time. The surgeon Sushruta wrote a book explaining how to pull teeth and set broken bones. Soon afterwards, Indian mathematicians did more work on infinity.

Around the 300s BC, in the time of the Mauryan Empire, Indian farmers seem to have improved on the older shaduf. They invented water wheels to lift water for irrigation. These were the earliest water wheels in the world, though these don’t provide power. They’re powered by oxen turning them. These Indian water wheels may be the earliest use of gears.

What are gears?
History of cattle
What’s irrigation?

Fifty or a hundred years later, still under Mauryan rule, Indian scientists were the first in the world to be smelting iron with carbon to make steel.

History of steel
Sewing needles and embroidery
What is the Silk Road?

Indian traders made a lot of money selling this steel on the Silk Road. Blacksmiths made the steel into knives and swords and sewing needles.

The fall of the Mauryan Empire about 200 BC didn’t end India’s strong position as a scientific leader. Scholars came from as far away as China to study at the great Indian university at Taxila and the Buddhist university further east at Nalanda. 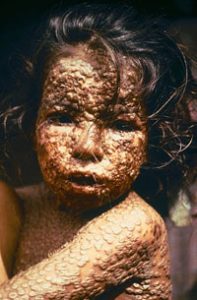 Indian doctors were also leading medical research: the doctor Charaka described the first big smallpox epidemic when it reached India in the 200s AD. Like Chinese and Roman doctors about this time, Charaka thought most diseases were caused by imbalances of humors in the body.

Sugar and the invention of zero

The formation of the Guptan Empire about 300 AD encouraged research by providing a stable, peaceful place to work. About 350 AD, food scientists worked out a way to make sugar cane juice into crystallized sugar, so traders could sell it on the Silk Road.

History of sugar
Invention of zero
More about algebra

Indian mathematicians kept on exchanging ideas with Chinese mathematicians, and came up with new ideas, including the idea of zero, which soon led to the development of algebra. 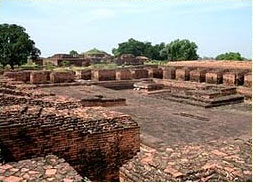 The ruins of Nalanda University

The collapse of the Guptan Empire about 500 AD did not prevent continuing scientific research in India. Nalanda University was still welcoming scholars from all over Central Asia and China throughout the early Middle Ages. Not long after the collapse, the great astronomer Arya Bhata wrote a book.

Arya Bhata and trigonometry
Inoculation against smallpox
What was smallpox?

In 628 AD, the Indian mathematician Brahmagupta wrote a book explaining the mathematics of zero. And in the 700s AD, the Indian doctor Madhav invented inoculation, to prevent people from catching smallpox. 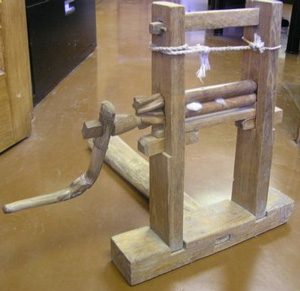 But the great universities in India were run by Buddhists, and by the 600s AD fewer and fewer people in India were Buddhists. By the time the Chinese emperor T’ai Tsu sent 150 Chinese monks to India to learn about Buddhism about 1000 AD, Indian universities, and ancient Indian science, were going downhill.

There were still engineering inventions: Indian advances in iron-working in the 1000s and 1100s AD led Indian architects to be the first to use iron beams to replace wooden beams for building big temples. 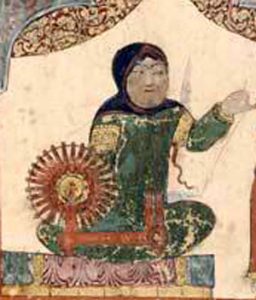 About the same time, the Indian textile industry invented the churka, a wooden machine that used new kinds of gears to get the seeds out of cotton more efficiently, and possibly the spinning wheel.

History of cotton
The spinning wheel

But in the 1200s AD, the great university at Nalanda finally closed its doors. Scholars moved to newer Islamic universities further northwest in Baghdad, and Buddhist universities northeast in Song Dynasty China.

Did we answer your questions about ancient Indian science? Let us know in the comments!