Addition – How to add whole numbers

A number line is infinite in both directions.

Adding numbers is like walking along a path, the number line. To add two small numbers, like 7 + 4, you can just start from the 7 and walk forward 4 spaces, and then see where you are on the number line, and there you are at 11. If you want to add a negative number, like -3, we call that subtraction. 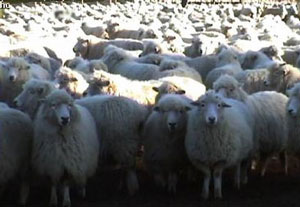 A flock of sheep

What if you want to add two bigger numbers, like 343 + 546? Suppose you had two big flocks of sheep, and you wanted to know how many sheep you had altogether? It would take too long to count so many sheep, and you might lose count somewhere along the way. For many thousands of years people tried to figure out easier ways of doing this, and finally, about 500 BC, people in the Persian Empire (or possibly China) invented the abacus. 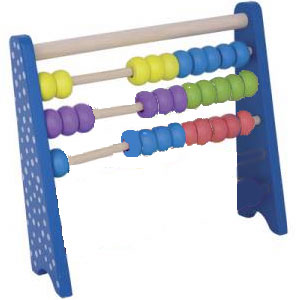 With the abacus, you take your two numbers that you want to add, and break them down into numbers that are easier to add together. You think of 343 sheep as three groups of a hundred sheep, and four groups of ten sheep, and three sheep left over. On the abacus, you move over three hundred-beads, then four ten-beads, then three one-beads. Then you think of 546 sheep as five groups of a hundred sheep, four groups of ten sheep, and six sheep left over. You move another five hundred-beads, another four ten-beads, and another six one-beads. It’s easy then to see that you have eight hundred-beads, eight ten-beads, and nine one-beads, or 889 sheep altogether.

But what if you don’t have an abacus handy? It took another six or seven hundred years for mathematicians to work it out, but finally mathematicians in India invented place numbers about 500 AD.

Learn by Doing – Make your own abacus
More about subtraction

Bibliography and further reading about addition, or to practice adding numbers: