About 630 AD, just before the Islamic empire got started, people in West Asia learned from traders or traveling scholars about “Arabic” numbers.

This new way of writing numbers really came from India. The Arabic word for numbers, in fact, is hindsah, which means “from India”. The new numbers included for the first time a way to write the number “zero”.  All this was very exciting to West Asian mathematicians.

The beginnings of algebra

Just a little later, the Islamic Empire united all the land from northern India to Spain under the same rulers, speaking the same language. This made it easier for everyone to learn to use the new numbers, and encouraged the spread of other new ideas too.

Arab scientists, especially the Iranian Mohammed Al-Khwarizmi, combined the new numbers (and possibly the work of Greek mathematicians like Diophantus of Alexandria) with the geometrical ideas of Euclid to develop algebra around 830 AD (The English word “algorithm” comes from Al-Khwarizmi, and “algebra” means “fixing broken things” in Arabic).

Who was Euclid?
Greek mathematics

Algebra is a way of manipulating numbers and variables to simplify equations and solve them. When you take the equation y + 1 = 2x + 1 and subtract 1 from both sides to get the equation y = 2x instead, that’s what Al-Khwarizmi was inventing. But he didn’t have the ways of writing equations that we do now. This is how Al-Khwarismi had to state an equation: 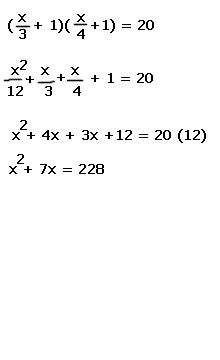 This is how we would write that equation today

Today we can write that in numbers, but nobody had invented ways to write equations yet when Al-Khwarizmi was working. This is Al-Khwarizmi’s first step in solving that equation:

How to write fractions

Solving equations that way was very hard, and only trained mathematicians could do it. Much later, in the 1300s AD, the North African mathematician Ibn Banna worked out better ways to write these equations.

What are fractions?
Numerator and denominator
Medieval African Science

This was the beginning of the way we write fractions and algebra problems today, with a line separating the numerator and the denominator. So that made algebra a lot easier! By that time, other mathematicians like Farisi (in Iran; the same guy who figured out what causes rainbows) were working on number theory.

Did you find out what you wanted to know about medieval Islamic mathematics? Let us know in the comments!

Learn by doing: a number plane project
More about mathematicians in North Africa