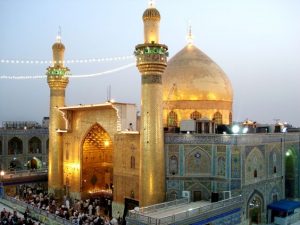 Where did Islam come from?

What does the Quran say?

The Quran is the holy book of Islam, like the Bible is for Christians or the Torah for Jews. Many of the stories in the Quran are retellings of the stories in the Torah or the Bible. The story of Noah is in the Quran, and the story of Abraham and Isaac. Other parts of the Quran explain how people should behave: they should be kind to each other, build community, and help the poor.

How did Islam spread?

After the Islamic Empire conquered the Sassanian Empire, many Muslims lived there, in what is now Iraq and Iran. Many of those people were Zoroastrians before they became Muslims. So a lot of old Zoroastrian beliefs and holidays, like the holiday of Nowruz, also became common among Muslims.

Who are Zoroastrians?
The holiday of Nowruz

Religion of Islam – A kids’ song with the Muslim prayer in it: “There is no God but God, and Mohammed is his prophet” 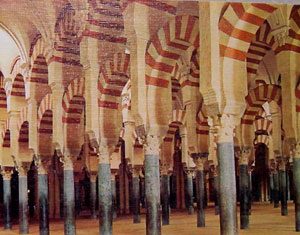 What did Muslims believe?

Muslims believed that if you did things which pleased Allah, you would have a good life on earth. You would also have a good life after you died. There were five main things Allah liked. People called these things the five pillars of Islam.

The five pillars of Islam

The Call to Prayer

What is a mosque?
Kairouan’s Great Mosque

Some other rules of Islam

Also, Allah totally forbade men or women to eat pork. If you followed the religion of Islam, you couldn’t drink alcohol, or make pictures of people, and especially not pictures of holy people like Mohammed.

But the most important thing was that a good Muslim should worship only Allah, and no other gods. “There is no god but God,” the Muslims said, “and Mohammed is His prophet.”

Like other world religions after about 500 BC – like Christianity, and medieval Judaism, later Zoroastrianism and Buddhism – Islam generally did not have animal sacrifices. People used prayer to communicate with Allah. The only exception was the Eid al-Adha, the festival at the end of the Haj or trip to Mecca. Then Muslims sacrificed a sheep.

Eid al-Adha
History of sheep
The end of sacrifice

By 650 AD, the followers of Islam had already split into two main kinds. Most Muslims were Sunnis, but there were also a lot who were Shiites. The Shiites believed that their religious leaders were going to come save them like the Messiah.

Sunni and Shiite
What is Sufism?
Later Sunnis and Shiites

Another important part of the religion of Islam was Sufism. Sufis believed in a direct relationship between people and God. Many Sunnis and Shiites were also Sufis.

Did you find out what you wanted to know about the religion of Islam? Let us know in the comments!