People think of the Middle Ages as a very religious period, when the Christian Church was the most important institution and everybody prayed all the time. Certainly this is the time when Europeans built their the great cathedrals. And it’s also when the Church opened the great universities at Paris, Tubingen, Cambridge, and Oxford. The Pope might excommunicate a king, and the king might be very upset about it. Some of the most powerful men and women in the Middle Ages were involved with the Catholic Church.

But religion had always been important. What’s really new in medieval Europe is the idea that religion could have an identity separate from the rest of reality, from the rest of the world. In the ancient world, the gods and their sacrifices were part of everyday life. There was no way to separate religious activities from any other kind of activities. All schools taught about the gods. All meals were sacred to the gods, and all meat was sacrificed to the gods. Pretty much all politicians were also priests. The Roman emperors were gods themselves. In the Middle Ages, it becomes possible to separate the religious from the secular world, even though both remain very powerful. 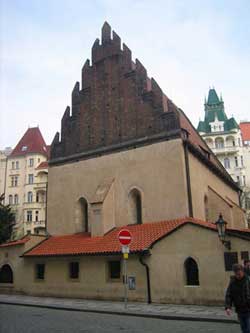 One result of identifying religion as a separate thing from politics was that it became important to people that everyone believe the same things that they did. Many people believed that they could only go to Heaven if everybody around them was a good Christian too. So if you believed differently from them, you were forcing them to go to Hell. But in fact Catholicism was not the only form of Christianity during the Middle Ages, and Christianity was not the only faith that people followed either. Most people in Europe and in Turkey were Christians. Most of the people in Western Europe were Catholics (or, in the 400s and 500s AD, Arians), while people in Eastern Europe and Turkey were mostly Orthodox.

But there were also many Jews throughout Europe at this time. There were a fair number of Muslims as well. And in the early Middle Ages, many people in the countryside were still following the old Greek and Roman gods.

Other times the Christians fought with each other, because they disagreed about the exact details of what a Christian should believe. If you thought someone was a bad Christian, you called her a heretic (HERR-eh-tick), and what she believed was a heresy (HERR-ess-ee).One heresy that a lot of people followed in the 400s AD was the Manichaean heresy. A later heresy was the Albigensians, in the 1200s. Other divisions might have been heresies, but ended up not being seen that way, like the Franciscans and the Dominicans.