The Ka’aba and the hajj – Islamic religion 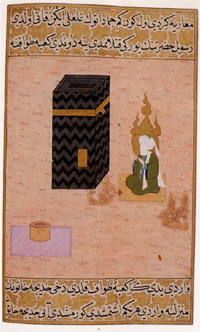 What is the Ka’aba?

The Ka’aba, or Cube, was a big black square in the center of the city of Mecca, that held a sacred black stone. Our English word Cube comes from the Arabic word Ka’aba. The Ka’aba is still there today.

More about Islam
The Prophet Mohammed
All our Islamic Empire articles

What is the hajj? 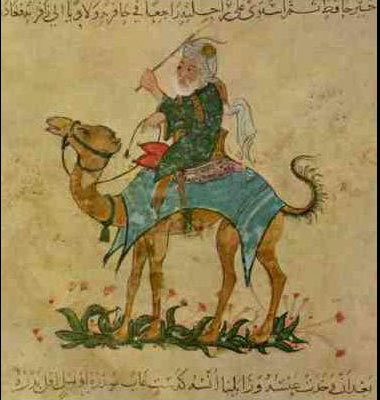 Ibn Battuta on his travels

From the very beginnings of Islam, in the 600s AD, Muslims believed that Allah wanted them to go to Mecca to pray at the Ka’aba at least once in their lifetime. They called this trip the hajj. Most people were too poor to afford such a long and difficult trip, especially as the Islamic Empire got bigger and bigger so that some Muslims lived in Spain or India, a very long way from Mecca. But many man from rich families did try to make the trip to Mecca. Fewer women did the hajj, but for some women the hajj provided an important opportunity to leave home and show their devotion to Allah.

Who was Ibn Battuta?
Who was Harun al-Rashid? 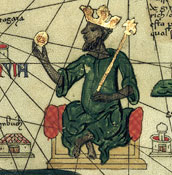 Many young men and women went away from their families for the first time on hajj, like people today going away to college or spending a year backpacking in Europe. One of them was Ibn Battuta, who went on hajj from Morocco, in Africa, when he was twenty years old. Another was Zubayda, the wife of the Umayyad caliph Harun al-Rashid. Even Mansa Musa from Mali, across the Sahara Desert in West Africa, made the hajj. These men and women remembered the hajj as an exciting time when they felt close to God.

Muslims going on the Hajj today

What was so important about the hajj?

The hajj was an important part of life in the Islamic Empire in other ways, too. Because of the hajj, most young men from powerful families left home and learned how other people lived in other parts of the Muslim world. They made friends with other rich young men from other parts of the Muslim world, who might be their allies in politics later in life. They learned to think about those people, and not just about their own home town.

When you got back from the hajj

When you got back from your hajj, people back home treated you with more respect. They called you “haji” – like “sir” or “ma’am” – and they asked your advice about things. Going on the hajj – and coming back alive! – showed that you were religious, and brave, and sensible, and that you knew about the world.

Did you find out what you wanted to know about the Ka’aba and the hajj? Let us know in the comments!

Learn by doing: go on a trip by yourself, away from home – to camp, or to visit someone
More about Islam