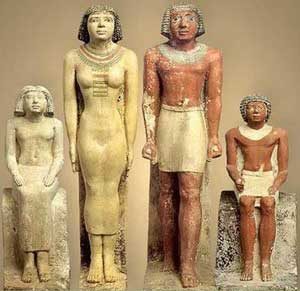 Inheritance means that when your parents die, you get whatever stuff they owned. That means especially their house and their farm, if they had one.

History of farming
How do people get into debt?
Inheritance in Mesopotamia
And in ancient Egypt

Why did inheritance matter?

This was very important in ancient and medieval times, because it was hard to get land any other way, and most people wanted to own a farm. If you didn’t own a farm, you had to work on someone else’s farm as a renter or an employee. You’d work under much worse conditions.

Who got the inheritance?

There were two main systems of rules for inheritance in ancient and medieval times. In one system, when your father died, the children (or sometimes just the boys) inherited equal parts. You split up the farm equally among you. This had the advantage of being fair. But it meant that each of you only got a little tiny piece of land.

People used this system in ancient Egypt, where your brothers and your sisters got equal shares. Islamic law from the Quran also gave sisters a share, but only half as much as their brothers got. But in ancient West Asia, and in ancient Rome, only boys inherited a share.

What is the Quran? 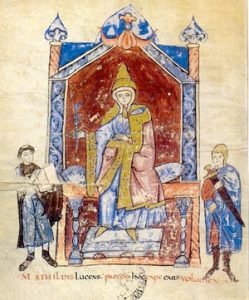 Matilda of Canossa (ca. 1100 AD): she inherited everything

What’s the other system?

In the other system, when your father died, the oldest son (your oldest brother) got all of the land, and the other brothers and sisters got nothing at all. This was not fair. But at least one of you got a good-sized farm.

What is a monk?
Who are mercenaries?
What about nuns?

Younger sons had to find some other way to support themselves, like becoming a monk or fighting in the army. Their sisters had to try to marry a man with land, or they became nuns.

Where did people use the second system?

People used this system in ancient China – Confucius said that the oldest son should get everything. And this was the system in ancient Israel. In the Bible, for example, Jacob decides to leave most of his property to his son Joseph, instead of dividing it equally between Joseph and his brothers (Genesis 28).

Who was Confucius?
Jacob and the Torah
Medieval European families

This was also the system in medieval France and England. But it was never completely true. Women like Eleanor of Aquitaine and Matilda of Canossa did inherit power and land, even in medieval Europe.

Bibliography and further reading about inheritance: