Who are the Kurds?

The Kurds in the Bronze Age

As far back as the Bronze Age, the Kurds seem to have lived in the mountain areas between West Asia (today’s Turkey, Syria, and Iraq) and Central Asia (today’s Iran and Azerbaijan). At first, “Kurd” may have meant exactly that: the people who lived in those mountains. They were nomads, and sometimes fought as mercenary soldiers for their neighbors on one side or the other. At other times, they attacked soldiers or traders going through the mountains.

Kurds speak an Indo-European language that came south from Armenia and Georgia with the Yamnaya around 2000 BC, during the Bronze Age. Probably this language replaced the Kurds’ earlier languages.

Who were the Yamnaya?
West Asia in the Bronze Age
All our West Asia articles 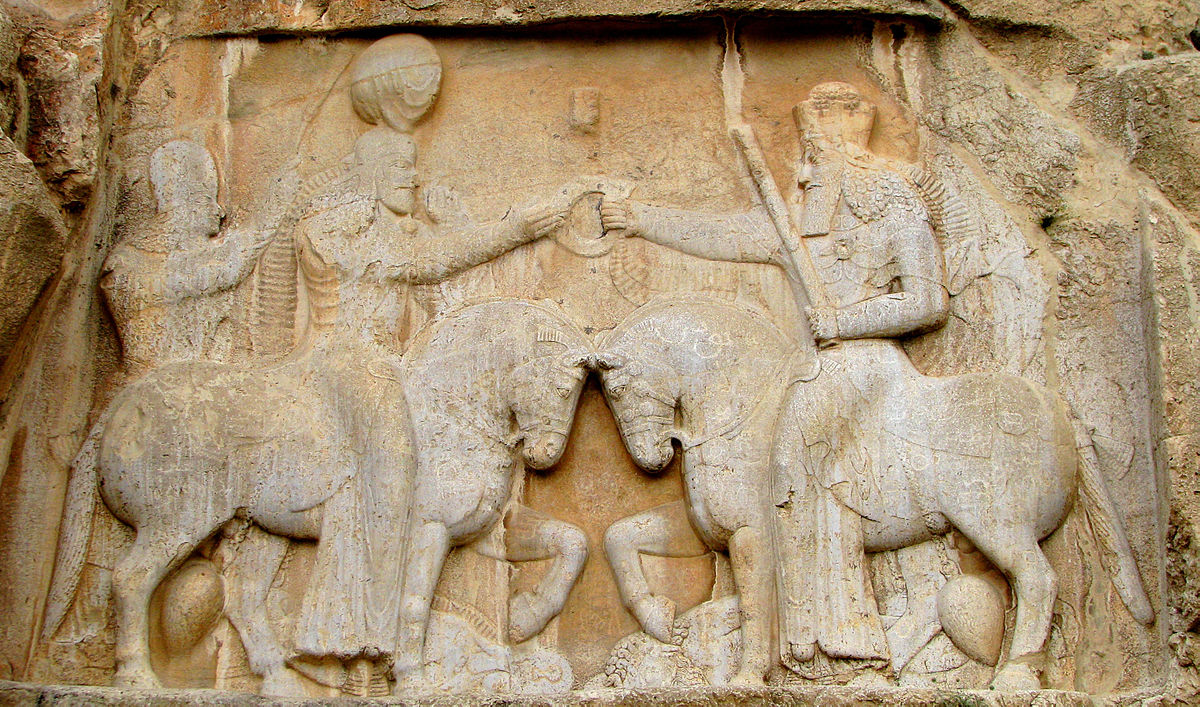 The first ruler of the Sassanian Empire, Ardashir I, may have been a Kurd himself (unless his enemies are just calling him that as an insult). Possibly he started out as the leader of Kurdish mercenary soldiers, and then took over the Parthian Empire for himself.

Who were the Sassanians?
More about Ardashir I
What is a mercenary?
History of bows and arrows

Ardashir and his descendants ruled Kurdish land and also Iran, Azerbaijan, and much of Central Asia between the 200s and the 600s AD. But the Kurds still held themselves apart from other people. They fought as mercenaries with bows and arrows, and sometimes led revolts against the Sassanians. 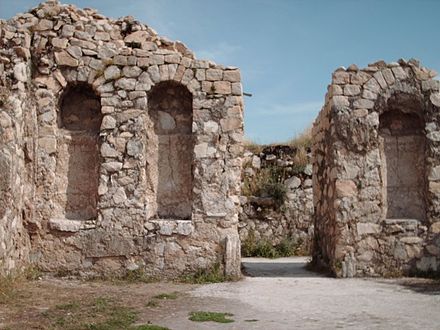 If Ardashir I was Kurdish, then so was his son Shapur, who ruled after him. It was Shapur who captured and killed the Roman emperor Valerian in the 200s AD. Shapur’s son Bahram sent an army to support Zenobia’s revolt against Rome. Their descendants ruled the Sassanian Empire – eventually reaching as far as Yemen, in the Arabian peninsula – for the next four centuries.

By the 600s AD, with Ardashir I’s descendants still on the throne, many Kurds may have been Christians, and probably many were Mazdakites.

In the 600s AD, both the Arabs and the Kurds often fought as mercenaries for the Sassanians. But the Arabs, united under Islam and then attacked the Sassanian empire and defeated it. In 639, the Kurds lost a battle and came under Islamic rule. They seem to have revolted against the Abbasid caliph al Mutasim in 838, but they lost again. By 900, many Kurds seem to have converted to Islam, though others – the Yazidis for example – remained Christians.

As the Abbadid caliphs got weaker in the 1000s AD, Kurdish leaders built small independent kingdoms inside the Islamic Empire. By 1171, one of these Kurdish leaders, Saladin, had built a rich and powerful kingdom. He started as a mercenary for the last Fatimid rulers of Egypt. But he built an empire that reached from Egypt up along the Eastern Mediterranean coast (what’s now Lebanon, Israel, and Jordan). He built the walls that surround Jerusalem today.

Then he conquered the western part of Kurdistan (modern Turkey, Syria, and northern Iraq). His kingdom reached north into Armenia and Georgia as well. Saladin’s sons ruled after him as the Ayyubid dynasty. 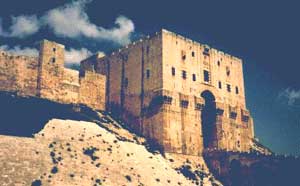 But by the early 1200s, Genghis Khan and the Mongols started to attack the Ayyubid kingdom from the north.  By 1257, the Mamluk mercenaries who fought in the Ayyubid army took power away from the Ayyubids. And by this time, most of Kurdistan fell under the control of the Mongols. So the Kurds lost power both in Egypt and at home in Kurdistan.

The Mongol Empire lasted about a hundred years, until in 1347 a terrible bubonic plague, the Black Death, swept over their empire and it collapsed. Another Mongol, Timur, pulled part of the empire back together, including Kurdistan, and ruled it for a while, but that collapsed when Timur died in 1405.

Kurds and the Safavid Empire

By 1500 AD, the Kurds became part of the new Safavid Empire. The Safavid rulers were Turkic people, who spoke a Turkic language, Azerbaijani, though they had some Kurdish ancestry too. Kurdistan lay between the Safavids and the Ottoman Empire.

The Safavid Empire
The Ottoman Empire

So throughout the 1500s, 1600s, and 1700s, as the Safavids and the Ottomans fought over land, they were often fighting over the land where the Kurds lived. In 1506, the Yazidis (the Christian Kurds) revolted against the Safavids, but they lost. In 1609, the Kurds revolted again, but again they lost. Shah Abbas forced many of the Kurds to move into Khorasan, in northern Iran, to break up their power. Even though some Kurds revolted, other Kurds reached powerful positions in the Safavid government. 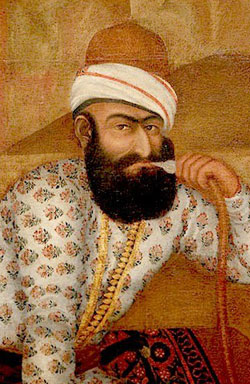 When the Safavid Empire fell apart in the 1736, the Kurds became part of the new Iranian Empire of Nader Shah. After Nader Shah died, the Kurdish (or maybe Kurdish) Karim Khan took over Iran. Karim Khan did a great job. Iran became much richer and more peaceful when Karim Khan was in power. He started a good relationship with Britain.

The East India Company began to trade with Iran. Iran sold cotton cloth, and Persian carpets. But Karim Khan died in 1779, and his sons got into a civil war. Meanwhile, William Pitt in Britain started cotton plantations in Africa that took away business from Iran. By 1794, all of Karim Khan’s kids and grandkids were dead, and the Kurds lost control of Iran.

Kurds and the Ottoman Empire

This led to a revolt in 1880, where the Kurds tried again to get their independence from both the Ottoman Empire and Qajar Iran, and lost again.

Kurds since World War I

When the Ottoman Empire collapsed after World War I, the Kurds saw another chance to get their independence. The Turks treated them as enemies. Turkish soldiers killed tens of thousands of Kurds. But the British and French colonial powers just divided Kurdistan between the new countries of Turkey, Syria, Iraq, and Iran. 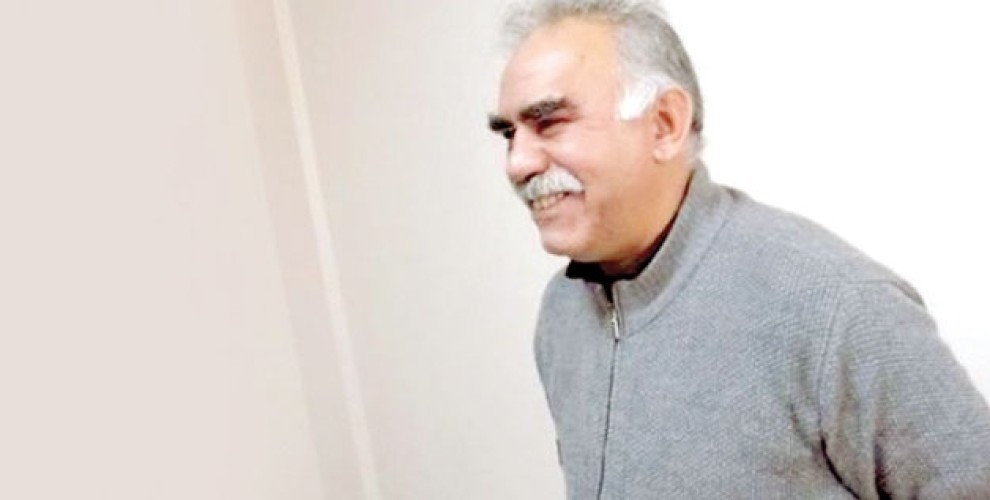 Abdullah Ocalan, anarchist leader of the PKK and Rojava

Throughout the 1920s and 1930s the Kurds revolted over and over, both in Turkey and in Iran. In the 1950s, Turkey was more inclusive, and some Kurds participated in Turkish government. But they were tossed out of power again after a Turkish military coup in the 1960s. 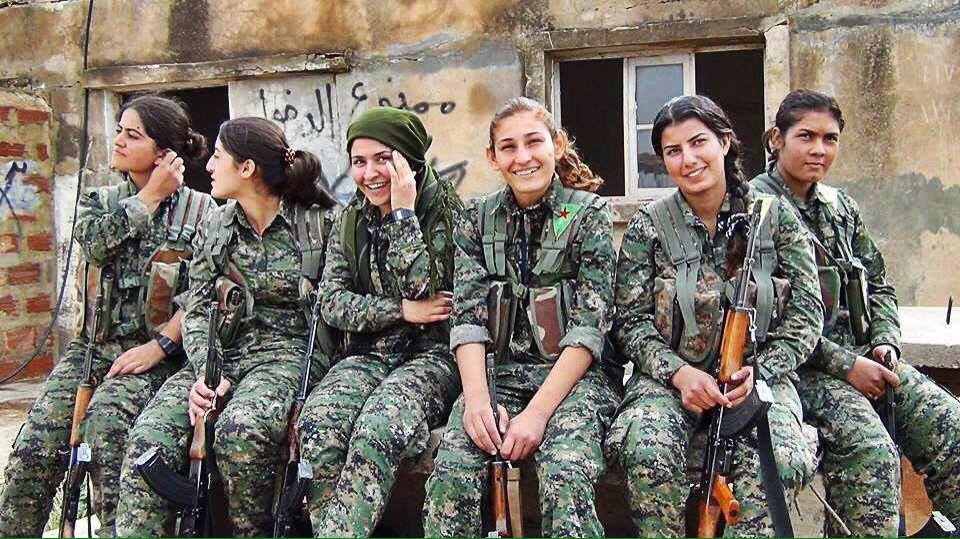 In the 1970s, young Kurds influenced by Communism started the PKK – the Kurdish Worker’s Party. They wanted a Kurdistan ruled by the people, not by traditional Kurdish rulers. In the 1990s, a PKK founder, Abdullah Ocalan, convinced many Kurds to abandon Communism in favor of anarchism. In northern Syria, Kurds have established an independent anarchist and feminist state, Rojava, which is now under attack from Syria, Turkey, and Iraq. Ocalan is in prison in Turkey.