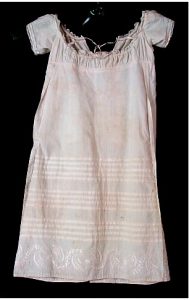 Slavery and the Cotton Gin: A cotton baby dress from about 1796 AD (Wisconsin Historical Society)

Cotton in the Caribbean

When European explorers came to the West Indies in 1492 AD, they saw that people grew cotton there. By the 1600s these invaders forced the local people to grow more and more cotton. Europeans took the cotton to sell back in England. Cotton, imported from the Ottoman Empire, was still very rare and expensive in England in the 1600s. Everyone was very excited to have a new cheap way to get it. To produce cotton thread more efficiently, Europeans brought over the Indian churka to get the seeds out of the cotton. Even though the Sea Island cotton that grew in the West Indies was different from Indian cotton, the Indian machine worked pretty well.

By about 1670, as more and more Europeans came to live alongside the Cherokee along the south Atlantic coast of North America, they began to grow cotton there as well. At first they grew Sea Island cotton, that grew well near oceans, and they kept on using the churka to get the seeds out. 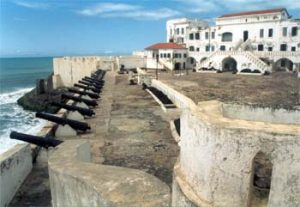 Seeds in the cotton

By the middle of the 1700s, though, a lot of the Cherokee had died of smallpox, and European settlers were beginning to move inland. They forced the Cherokee off their land and moved into the land of the Mississippians (modern South Carolina and Georgia) too. The Europeans found that the Sea Island cotton didn’t grow so well in this area. Instead it was better to grow the other kind of American cotton. But the short-staple cotton had different seeds, and the churka didn’t work to get these seeds out. Cotton farmers bought African people as slaves and forced the Africans to pick the seeds out by hand.

You couldn’t make much money on cotton picking the seeds out by hand, so cotton was expensive and not that many people grew it. A lot of inventors tried to figure out ways to get those seeds out cheaper. In 1793, just after the American Revolution, Eli Whitney finally invented a new kind of cotton gin that would get the seeds out of short-staple cotton.

Soon everybody in Georgia was growing cotton and using the new cotton gin to get the seeds out cheaply. British and Portuguese traders bought millions of enslaved African people and forced them to come to the United States and Brazil to work in the cotton fields to grow more and more cotton. Most of the people who came to the United States and Brazil as slaves came just around 1800 AD, and they came to pick cotton.

Did you find out what you wanted to know about slavery and the cotton gin? Let us know in the comments!

More about cotton
Cotton before 1500 AD