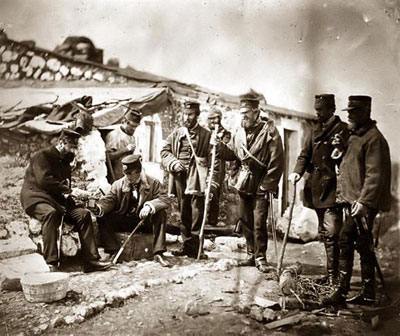 British soldiers in the Crimean War

After Catherine the Great

When Catherine the Great died in 1796 AD, her son Paul became the czar of Russia.

Who was Catherine?
All our Central Asia articles

Almost immediately Paul agreed to an alliance with Austria, Spain, and Britain against the French general Napoleon, but Napoleon kept winning battles.

Who was Napoleon?
What is typhus?

By 1801 the Russians decided Paul was hopeless. They killed Paul and replaced him with his 23 year old son, Alexander (Catherine’s grandson). Alexander did well at first. He invaded Georgia. Thanks to his new cannons, he took a lot of land away from Iran. But that didn’t stop Napoleon. Napoleon invaded Russia in 1812, and about half a million Russian soldiers died. Maybe about another half a million people who were not soldiers died too.

Iran under the Qajars

But in the end the Russian army succeeded in defeating Napoleon. Most of Napoleon’s army died of cold and hunger and typhus trying to get back to France from Russia.

Czar Nicholas and the Ottomans

When Alexander also died of typhus in 1825, his younger brother Nicholas  – also Catherine’s grandson – became Czar. Nicholas took advantage of the weakness of the Ottoman Empire to try to take over the Ottoman Empire and form a much bigger, more powerful kingdom. He tried to help Iran’s Shah Mohammed reconquer Afghanistan, too.

Europe and the Crimean War

Although Nicholas won at first, the idea of such a big powerful kingdom scared Britain and France, and they helped the Ottoman Empire to fight off the Russians in the Crimean War. Britain also helped the Sikhs to fight Afghanistan, to squelch Russian power there. Russians thought it was super unfair for Britain to push them around like that.

Who were the Sikhs?
Afghanistan’s history 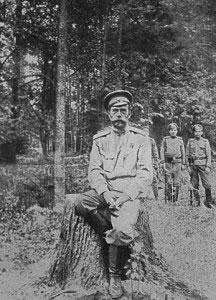 In 1861, Alexander changed the law (as Franz Joseph had just done in Austria) so that poor farmers would be less like slaves.

Serfdom in Austria-Hungary
Sharecroppers in the USA

Poor farmers now had more freedom to quit their jobs, or move to another town, but, like the freed African-Americans in the United States, they still didn’t own their own land. And they still didn’t have any political power. But, like people in Europe and the Americas, they were starting to fight for power.

What else did Alexander do?

With British help, Alexander also opened up coal mining in Russia. In 1867, Alexander sold the Russian settlements in Alaska to the United States, because they were just too far away for the Russian army to protect them.

In 1881, Russian people who wanted more democracy killed Alexander II was killed with a bomb. His son Alexander III became the new czar. Alexander III was frightened by the revolutionaries who had killed his father. He tried to keep all the power for himself. He wanted to control everything that happened in Russia.

When Alexander III died in 1894, his son Nicholas II became the new czar – and the last one, because the revolutionaries finally forced Nicholas to abdicate (quit) in 1917.

Bibliography and further reading about the Crimean War: