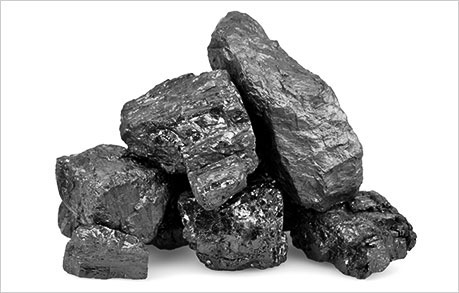 History of coal: These are lumps of coal

What is coal made of?

Most of the coal on Earth formed during the Carboniferous Period about 350 million years ago, when giant ferns growing in wetlands were flooded and buried under a blanket of mud before they could rot.

What happened in the Carboniferous Period?
The evolution of ferns

The mud squashed the dead ferns together. As the ferns decayed, they gave off heat. The pressure and the heat gradually changed the wood first into peat, and then from peat into coal: basically hydrocarbons.

When did people start to burn coal?

For hundreds of millions of years, the coal just stayed underground. In the Stone Age, people used coal – but as jewelry, because it was black and shiny. At some point around 4000 BC, though, the Yamnaya people in Central Asia started to burn coal for fires, because there wasn’t much firewood in Central Asia. Combining carbon with oxygen makes a strong, hot fire.

Coal spreads to China and Europe

When some Yamnaya moved to northern Europe about 3000 BC, people there started to burn some coal too. Then around 2000 BC, a different group of Yamnaya, the ancestors of the Sogdians, moved into what is now western China.

Who were the Sogdians?
Indo-Europeans in Northern Europe

The Yamnaya may have used coal to melt copper and tin together to make bronze. When these Yamnaya reached northern China soon afterward, they brought the new technology with them, along with the bronze. 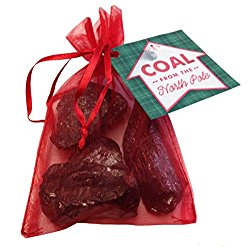 Order your own coal to burn!

Coal on the Silk Road

The Silk Road spread Central Asian coal technology all over Eurasia. Iron-workers burned coal in Greece in the 300s BC. A few hundred years later, people in Roman Britain and in Han Dynasty China used coal to heat their houses, and also to smelt iron ore.

History of iron and steel
What is the Silk Road?

By about 1000 AD, Zapotec people in Mexico were also burning coal for fuel. By the 1300s, the Aztec were using coal and also people were burning coal as far north as the Hopi in what is now northern Arizona.

Who were the Zapotec?
How did Hopi people live?

Coal in medieval Britain and China

More people were living in Northern Europe, and they also turned to coal for fuel. By the 1100s British coal areas were shipping coal by sea to London for metal-working and to make cement. The growing iron industry in China also used more and more coal. As Europe got richer in the 1200s AD, Britain started to dig deeper coal mines to get more coal.

History of Coal: the Industrial Revolution 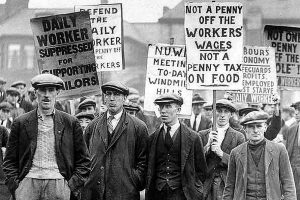 History of coal: British coal miners on strike in 1926

In the 1800s, most of the world’s coal came from huge deep pit mines in Britain, where thousands of people worked to get out the coal and millions more worked in factories that burned the coal to make iron and steel, or to run steam engines that powered spinning machines, power looms, and other machinery.

Britain sold a lot of coal to India. German and American coal mines also produced a lot of coal and ran factories – and even made salt from seawater – in the United States and Canada.

The history of salt
How did spinning machines work?

Today, most of Britain’s coal has been used up, and the British coal mines are mostly closed. Some American mines have also run out of coal. A third of the world’s coal now comes from China. But burning coal is a huge cause of global warming, and if Earth is going to stay cool enough for people to live on it, most of the rest of the coal needs to stay in the ground while people turn to wind power, solar power, and water power instead.

How does global warming work?

Did you find out what you wanted to know about the history of coal? Let us know in the comments!

Learn by doing: burn some coal in a barbecue grill
Coal and Capitalism
More about charcoal
More about Central Asian Science

Bibliography and further reading about the history of coal:

Need a second source about coal? Check out this article from the Encyclopedia Britannica. (Avoid this article, which is all wrong!)