End of the Mughal Empire

In the early 1700s, the Mughal Empire was collapsing. The Mughal emperors couldn’t really control it anymore, and India was breaking up into smaller countries.

Who were the Mughals?
Lots more Indian history articles

The Prime Minister of Britain, Robert Walpole, decided to take India over. British traders were buying and selling a lot of stuff in India.  Walpole thought new small countries in India would always be at war with each other. That would get in the way of British trade in cotton cloth, glass beads, medicine and spices. Also, France was getting more and more power in southern India. The death of Louis XIV gave Walpole an opportunity to stop that.

Who was Louis XIV?
Maratha Empire in southern India
The Mughals and cotton

Louis XV was only a child, and his ministers were incompetent. So France soon lost southern India to the British.

Then in 1757 the British army defeated a much larger north Indian army at the Battle of Plassey. That showed that Indian soldiers couldn’t beat the British soldiers, who were much better trained and with much better weapons.

After the Battle of Plassey, the British leader William Pitt took over ruling the province of Bengal (today’s Bangladesh and Kolkata in north-eastern India). From then on, the British decided who would be the Mughal emperor. British fortune-hunters poured into India to get rich by taking bribes from local rulers and businesses. Many died of malaria and typhoid, but others got very rich. Most of that money left India and went back to England, so people in England got richer and people in India got poorer.

What is malaria?
How do you catch typhoid?
England and imperialism 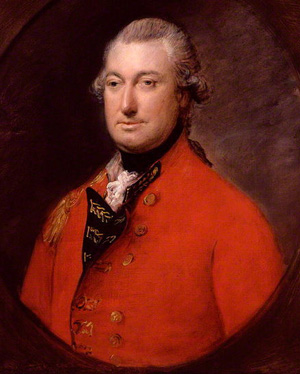 Officially the Mughal emperors (in the north) and Deccan kings (in the south) still ruled India.

Who were the Deccan kings?

But really the British were always pushing the Indians around, making decisions and forcing them on the the local rulers, who had less and less power.

Christian missionaries pressured the Hindus and Moslems in India to convert to Christianity.

What is Hinduism?
All about Islam
Jesuit missionaries in India

British governors like Lord Cornwallis pushed Indians out of power and put British men in charge of everything. In the late 1800s, the British built railways all over India.

But the British didn’t act like responsible rulers: they didn’t do much to take care of the Indian people. A great cholera epidemic hit India in 1817 AD. Millions of people died. But the British government used the tax money they got in India to build clean water and sewage systems in England, not in India: they didn’t care whether lots of Indian people died of cholera, typhoid, and dysentery.

More about cholera
How do you get dysentery? 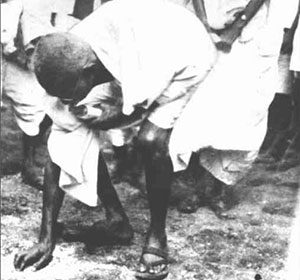 In 1835, the British began to tax salt, to force Indian people to buy salt from British traders instead of making it themselves. There had been salt taxes before in Europe, and people had always hated them, so the British knew that people in India would hate the salt tax too. But they didn’t care.

The history of salt

By 1850 a lot of people in India were very upset with the British, and they fought a revolt to try to get free of British control. But the British army was still stronger, and the Great India Mutiny of 1857 only resulted in the British government taking even more power in India. (Of course the revolt wasn’t a mutiny, since it wasn’t on a ship. But the British called it a mutiny to make it sound really bad.)

In the 1860s, when the American Civil War kept the British from buying American cotton, the British began to force India to sell raw cotton instead of weaving the cotton into cloth – so again, they made less money on it and got poorer, while Britain got richer.

More about cotton
The American Civil War
The Indian economy