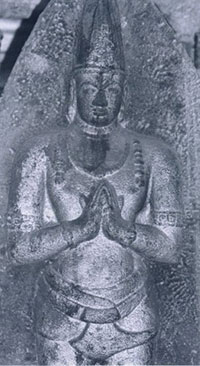 In 1498 AD, when Vasco da Gama first sailed to Calicut in south India, most of South India was part of the Vijayanagara Empire, which was very strong and still growing fast.

Further north, the weakness of the Muslim rulers of North India allowed Central India to break free in the 1490s, forming five small kingdoms we call the Deccan Sultanates. One of the first things the Deccan kings had to do was to fight off a Portuguese invasion in 1510.

Charles V and Portugal
The Delhi Sultanate in North India

By that time, under King Krishna Deva Raya, the Vijayanagara Empire was doing even better. By the time Krishna Deva Raya died, in 1529, he controlled most of the Deccan Sultanates, and a very wealthy empire. 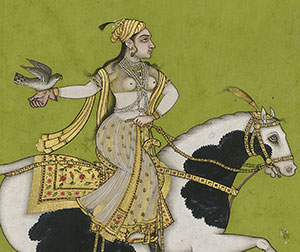 Like other Renaissance kingdoms all over Eurasia, the Deccan Sultanates had several women rulers: first Khanzada Humayun Sultana, who ruled as regent for her son starting in 1565 while Hamida Banu controlled northern India, and then in the 1590s Chand Bibi, who defeated the first Mughal attack on her kingdom.

More about Hamida Banu
What is a regent? 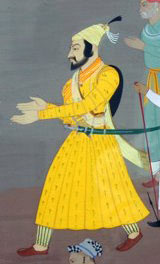 Aurangzeb and the later Mughals

Aurangzeb tried to force everyone in central India to convert to Islam, persecuting people who stuck to their Hindu beliefs.

What is Islam?
History of Hinduism
Religion in India

But this persecution made people angry, and they began to plan a war to get back their independence. Shivaji Bhonsle and his Hindu army, fighting in small groups with some help from British guns and cannons, started a small Hindu kingdom that would grow into the Maratha Empire. From the beginning Shivaji built a strong navy, which defended its interests along the coasts of India.