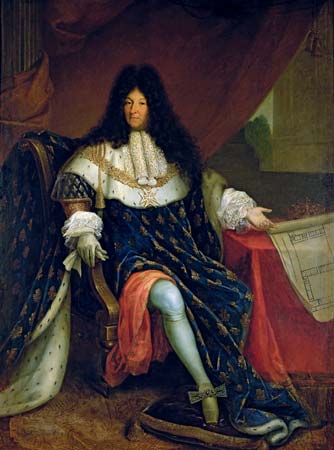 When Anne of Austria decided to retire, in 1661 AD, her son Louis XIV took over ruling France.

Anne of Austria
All our Modern Europe articles

Louis was 23 years old when he took power. Like his mother, Louis was most interested in getting more power away from the rich lords, and making France into one strong united country.

The palace of Versailles

So Louis built an enormous, beautiful palace for himself at Versailles outside of Paris.

Like Tokugawa Ieyasu in Japan, Louis XIV made the rich lords all move to Versailles, where he could keep an eye on them, instead of letting them live on their own land. He made it seem like a huge party – he did throw a lot of parties – but it also gave Louis more power. 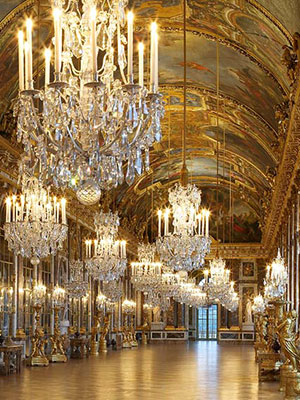 The Hall of Mirrors at Versailles, where they held the big parties

Louis also did other things to get more power. He wrote new laws so all of France would have the same laws. He raised taxes and built himself a stronger army, and he made it illegal for the rich lords to have their own armies.

Who was Cromwell?
Who were the Puritans?
Henry IV of France

Louis, who hated Oliver Cromwell and his support of the Puritans in England, tried to make everyone in France be Catholic. He tossed out the religious freedom allowed by his grandfather, Henry IV.

Louis was a big admirer of the luxurious royal courts in West Asia and India. Like the Ottomans in Turkey and the Safavids in Iran, he drank coffee (with sugar added) and wore high heels.

History of coffee
Safavids in the 1600s
Ottoman pashas

Early in his reign, Louis fought Spain and got control of much of the Netherlands. He took over the Netherlands’ colony of Mauretania, in West Africa, too. He fought the Iroquois (weakened by smallpox) and took over some of their land.

Who are the Iroquois?
Why did he want Mauretania?

Later on, by setting his grandson on the throne of Spain, Louis effectively got control not only of Spain but also of Spain’s colonies in North and South America: Florida, California, New Mexico, Arizona, Colorado, Utah, Nevada, Texas, Mexico, Peru, Ecuador, etc. 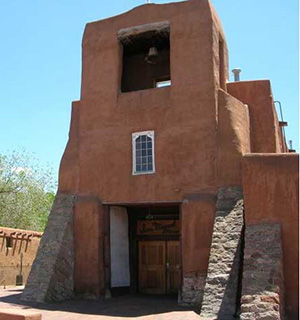 Louis also seized land from the Cree, the Mississippians and other Native American people and sent French people to live on their land, which he re-named Louisiana after himself. Spanish and French hunters and travelers reached as far as the Mandan in the West.

More about the Cree
Why it’s called Louisiana
Who are the Mandan?

Louis XIV in India and China

Finally, Louis sent Jesuit priests to the Empress Xiaozhuan in China. He began the French colonization of South India and South-East Asia. In order to make more stuff in Europe, and buy less from Central Asia on the Silk Road, Louis XIV started the Gobelins and Beauvais factories in France to make luxury tapestries, and the Nevers and Sevres factories to make porcelain. France imported gum arabic from Mauretania to print patterns on to cotton cloth in France.

What is porcelain?
Who are the Jesuits?
Qing Dynasty China
The French in India

Who ruled after Louis XIV died? 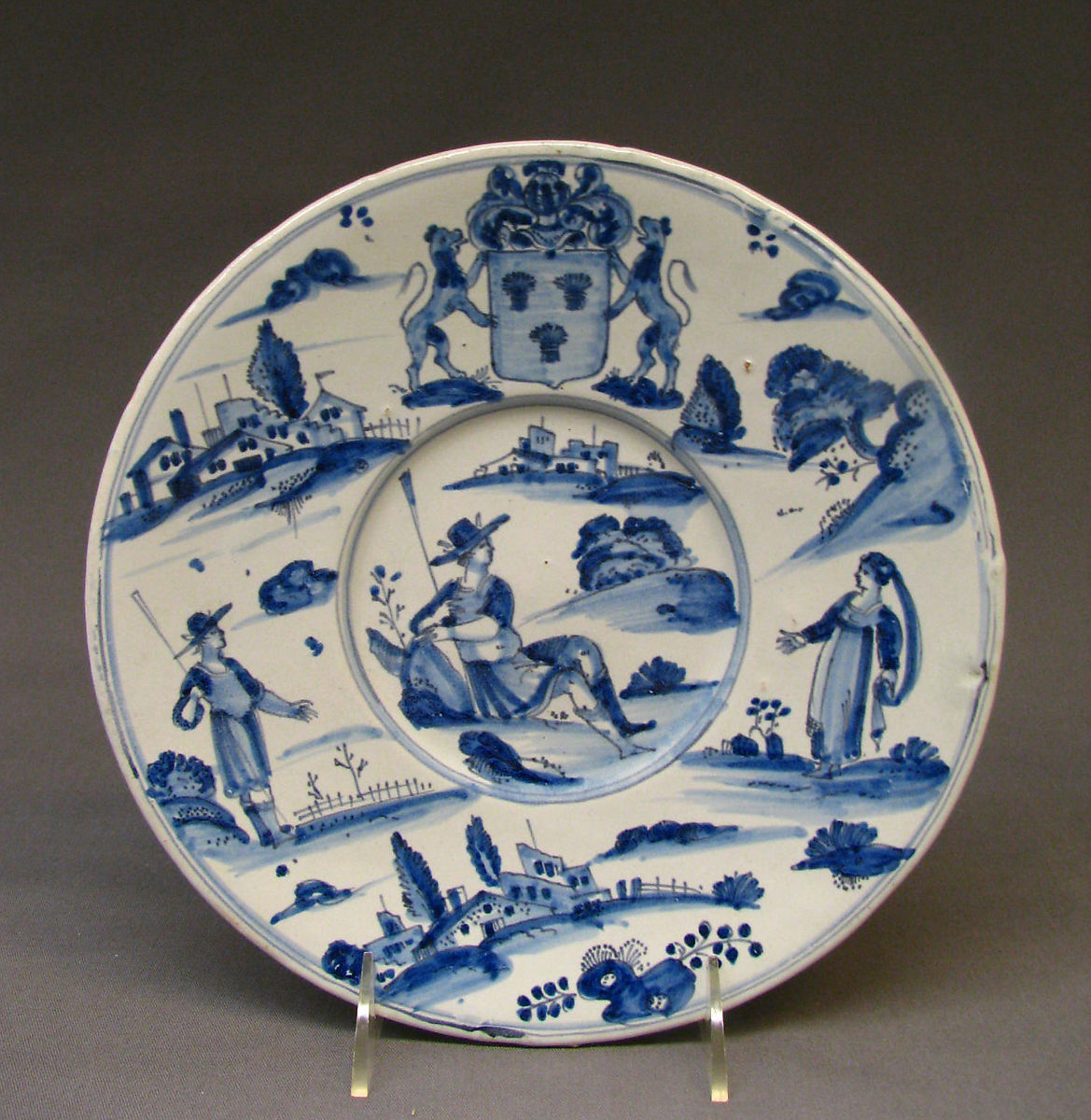 A plate imitating Chinese porcelain, but with French scenes, from the Nevers manufactory, late 1600s. Now in the Metropolitan Museum of Art.

Louis lived to be almost 80 years old. He died of gangrene from an infection in his leg. He was king for such a long time that all his sons and even his grandsons (except for Philip of Spain) died.

When Louis died in 1715, his great-nephew Philippe d’Orleans took power, ruling as regent for Louis’ great-grandson, Louis XV (whose mother had also died, so she couldn’t be regent).

Looking for a second source? Check out this article from the Britannica.