After the Mughals – history of India 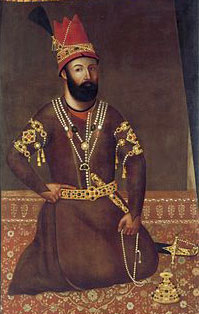 The decline of the Mughal empire in the early 1700s resulted in India splitting up into a lot of smaller countries. In the north, Afghanistan tried to set itself up as an independent country. But then Nader Shah of Iran conquered all the way to Delhi in 1738 and, although he retreated from there, he took over a big chunk of north-eastern India (most of what is now Pakistan and Afghanistan). Nader Shah also took over huge wealth from the Mughal emperor.

In central India, Shivaji‘s Hindu resistance movement solidified after his death into the great Maratha Empire of the Deccan plateau.

After Nader Shah was assassinated in 1747, Afghanistan tried again under Ahmad Shah Durrani, who took over Afghanistan and most of what is now Pakistan too. 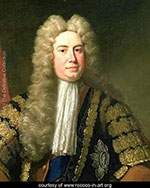 Meanwhile, the British under Prime Minister Robert Walpole were shoving all of the other Europeans who were trading in India out of the way. Partly through warfare and partly through alliances with local rulers like the Sikhs, the Maratha Empire, and the Bengalis, by 1769 the British stopped all other Europeans – the French under Fleury, Austria-Hungary, the Spanish – from trading with India.

But after Durrani died in 1772, his sons lost a lot of land. The Maratha Empire ruled northern India. In the early 1800s, the Sikhs took over a lot of Pakistan. In 1837, the Afghanis attacked the Sikhs, but the Sikhs fought them off with the help of the British army. This was around the time of the beginning of the Great Game.