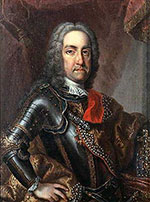 After the War: Charles VI

By the time the War of the Spanish Succession was over in 1714 AD, Leopold had died, and left Austria to his son, Joseph, who had also died and left it to his younger brother Charles VI (the great-great-great-great-grandsons of Charles V).

This was the same Charles who almost inherited Spain, but once he was ruling Austria, he didn’t care so much about ruling Spain. By giving up his claim to Spain, Charles got to rule large parts of Italy, the Netherlands, and Belgium. He tried to move Austria’s economy forward by starting a porcelain factory in 1718. They sold porcelain to the Ottoman Empire.

The Ottoman Empire in the 1700s

But without Spain or the Netherlands, Austria-Hungary didn’t have enough access to the oceans. They couldn’t conquer places and colonize them the way France and England and the Netherlands were doing. They couldn’t buy and sell enslaved people in Africa, or sugar in the Caribbean, cotton cloth from India, spices from Indonesia, or tea from China. Austria-Hungary had less money than the countries with Atlantic Ocean ports. 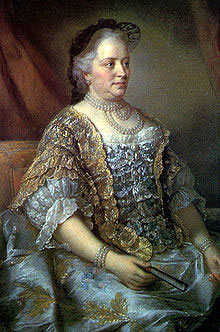 Austria starts to fall behind

So as time went on, Charles lost more and more land. He gave southern Italy back to Spain. He gave land in the Balkans to the Ottoman Empire. Charles insisted on tradition. He never had enough money to start new schools or universities. Austria began to fall behind England and France in education, banking and manufacturing.

When Charles died in 1740, his daughter Maria Theresa ruled Austria, like the two Elizabeths who ruled Russia and Spain at the same time. Prussian troops immediately invaded Austria from the north and took over some of Austria’s land.

Maria Theresa made an alliance with Louis XV in France and with Elizabeth in Russia, but she couldn’t get the land back from the Prussians. Then under Catherine the Great, Russia switched sides and started helping Prussia! In 1770, to make sure of keeping France at least as an ally, Maria Theresa’s daughter Maria Antoinette married Louis XV’s son, Louis XVI.

The beginnings of modernization

Like Louis XV, Maria Theresa saw that Austria needed to get more modern. She began taxing the rich families, and she created government jobs instead of leaving all the work to aristocrats and bishops.  She kept the porcelain factories going by buying the factory in 1744. But also like Louis, Maria Theresa wanted everyone to be Catholics, and she mistreated Protestants and Jewish people. And Austria-Hungary still didn’t have Atlantic Ocean ports, or colonies, so they were still poorer than France, England, and the Netherlands. 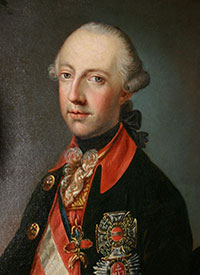 When Maria Theresa died in 1780 after a long reign, her son Joseph II – Marie Antoinette’s brother – ruled Austria as the Holy Roman Emperor. Like Catherine the Great in Russia and Mihrisah Valide Sultan in the Ottoman Empire at the same time, Joseph wanted to modernize his country quickly. He tried to force people to modernize by making lots of new laws. He made a law that all children had to go to school.

Like Elizabeth of Russia a little earlier, Joseph stopped killing people as a punishment for crimes. He freed Austria’s serfs, so farmers didn’t belong legally to their bosses anymore. Legally everybody was equal. But the bosses still owned all the land, so farmers’ lives didn’t really change much. People were afraid of so much change so quickly. A lot of Joseph’s ideas didn’t work out, or people just ignored the new laws. His reforms didn’t solve the problem of not having Atlantic Ocean ports, or colonies on other continents.