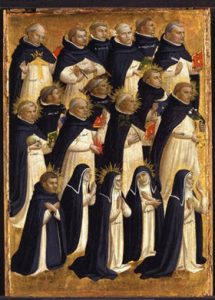 History of Christianity
Jews in medieval Europe
What is Islam?
Medieval European religions
All our modern Europe articles

During the 1500s, the Ottoman Empire conquered much of Eastern Europe, and millions of Orthodox and Catholic people living in Eastern Europe converted from Christianity to Islam. 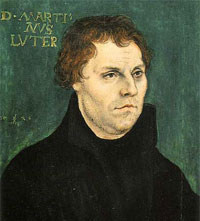 The Reformation in Europe

At the same time, many young people in Western Europe began to try to change Christianity. These young people thought old rich guys had too much power over Catholicism. Like the earlier Francis of Assisi and Jan Hus, these young people didn’t like priests telling them what to do.

Who was Francis of Assisi?
Savonarola in Florence
The Albigensian Crusade

People call this effort the Reformation, because the young people were trying to reform – change – the Catholic Church.

The two main leaders of the Reformation were Martin Luther and Calvin. People called their followers Lutherans and Calvinists, but together they were Protestants, because they were protesting. Even the King of England, Henry VIII, became a Protestant in 1534.

Why did Henry VIII convert? 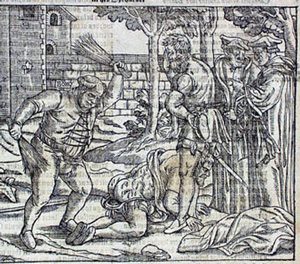 Catholic beating a Protestant in England (Foxe, about 1550 AD)

Wars of religion in Europe

The Catholics fought back. In the late 1500s and early 1600s, the Catholic rulers of Europe tortured and killed hundreds of thousands of Protestants.

Catholic groups like the Jesuits also started a Counter-Reformation, which aimed to fix some of the Catholic Church’s problems while still being Catholics. In Germany, this fighting is called the Thirty Years’ War.

Who were the Jesuits?
The Thirty Years’ War 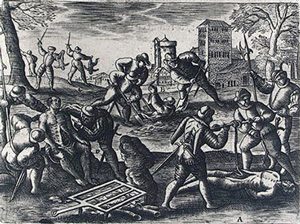 But by 1650, the fighting was pretty much over – some people, mainly in northern Europe and especially in England and Germany, were Protestants, and other people, mainly in France, Spain, Italy, and the Austro-Hungarian Empire, were Catholics. Some of these English Protestants – the Puritans and the Quakers – left Europe because of the fighting and settled in North America in the 1600s.

Who were the Puritans?
What do Quakers believe?

But almost immediately a new reform movement started! We call this one the Enlightenment.

More about the Enlightenment