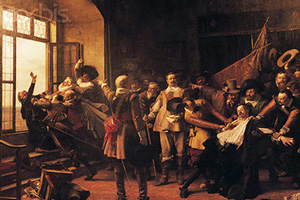 In 1618 AD, the Holy Roman Emperor Ferdinand III began to try to reunite his empire. He tried to conquer each of these small German states, and force them all to be Catholics. Of course the Protestants fought back. 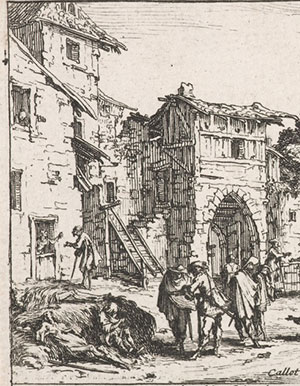 But none of these rulers could afford to pay their soldiers. So the soldiers paid themselves by plundering the villages and fields as they came to them. As many as half the people in Germany were killed in the war, or starved to death or died of sicknesses like malaria or typhus.

The French minister Richelieu didn’t want a strong Holy Roman Empire. That could threaten France. The Thirty Years’ War became a fight over whether Germany would be united as one country. Philip IV of Spain fought on the side of the Holy Roman Emperor (his distant cousin) against his sister Anne of Austria in France. The Ottoman ruler Kosem Sultan, after losing to Abbas’ Iranian attacks from the East, turned west and attacked Austria too. In 1648, Richelieu and Kosem Sultan won. The Holy Roman Emperor had to let each little German state rule itself. Each state could decide for itself whether it would be Protestant or Catholic. Germany would not be a united country.

Bibliography and further reading about the Thirty Years War: