History of the Jesuits – Catholicism 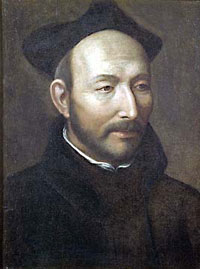 Who are Protestants?
History of Christianity
Modern European religion
All our Modern Europe articles

A few students at the University of Paris in 1534 wanted to make it cool to be a Catholic again. Their leader was Ignatius of Loyola. Ignatius was an older student, in his 40s. He had been a soldier first, and then a Franciscan monk. In 1540 these students formed the Society of Jesus. Most people call them the Jesuits.

Who are the Franciscans? 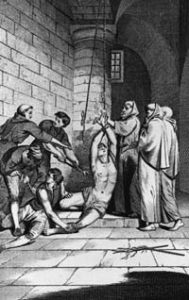 The Inquisition tortures a Protestant man in Spain (1560s) Inquisition

At first the Jesuits worked to help poor people in Italy under Charles V. Soon they began to specialize in three areas. First, they started many very good schools. Second, they traveled all over the world to convert people to Christianity. Third, they tried to keep people from converting to Protestantism.

In Italy and Spain, Jesuits were the men who organized the Inquisition, a system of torturing Jews, Muslims, and Protestants in order to make them obey Catholic rules. 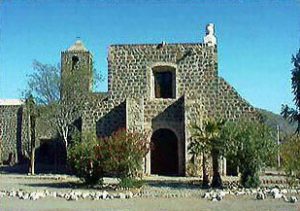 As part of the Counter-Reformation, the Jesuits trained priests and bishops so they would know how to read Latin and Greek, and understand maps and mathematics and astronomy.

What is a priest?
Who was Mazarin?
History of astronomy
Science in Early Modern Europe

The Jesuits also taught many lawyers and men who worked for the government, like Cardinal Mazarin (they didn’t teach girls). But as Catholics, they could not study or teach the new scientific discoveries that the Pope disapproved of. In 1615 AD, Jesuits refused to teach that the earth went around the sun. 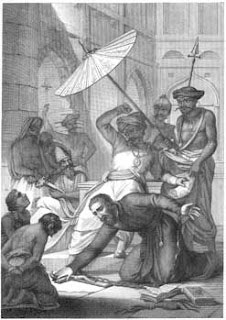 Jesuits also traveled to North America, South America, Africa, India, China, and Central Asia. They tried to convert people to Christianity. Jesuit teachers in China and America brought back books from the new places they went to. They brought home the works of Confucius from China. And they brought home Aztec scrolls from Mexico. All these books went back to Europe. Jesuit scholars translated them into Latin or other European languages.

Jesuits in Brazil
And in Paraguay
And in California