History of Paraguay – colonization and independence 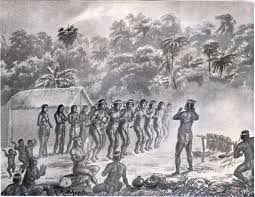 History of Paraguay: Guarani people performing a dance in the 1800s

In 1500 AD, the Guarani were living and farming in what is now the country of Paraguay. Paraguay is in the center of South America, south of Brazil and east of Chile. The Guarani regularly fought battles with the Inca Empire and the Mapuche over land.

When did the first Europeans get to Paraguay?

Because the Guarani were not on the coast, the first Europeans didn’t reach them until 1516. In 1537, Spanish colonists founded the city of Asuncion, and started to capture and enslave the Guarani people. Charles V claimed Paraguay as part of the Spanish Empire. 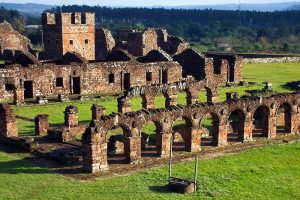 History of Paraguay: A Jesuit reduction – a settlement where Jesuits encouraged Guarani people to move in the 1600s.

By the 1600s, Jesuit missionaries reached the Guarani and encouraged them to become Christians.  Many did, mixing their own religious beliefs in to produce their own version of Christianity.

Jesuits and the history of Paraguay

In the 1700s, the Jesuits encouraged Guarani Christians to leave their villages and settle around the new churches. Jesuits tried to protect them from slavery. They encouraged the Guarani to form their own independent country. 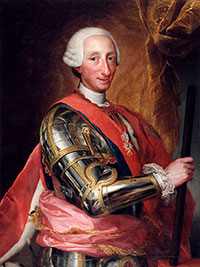 But in 1767, the Spanish king Charles III threw the Jesuits out of Paraguay (and many other places). He thought the Jesuits had too much power, and he would rule Paraguay without their help.

This didn’t work out very well. By 1811, Spain was not strong enough to keep control of Paraguay anymore, and the Guarani and Spanish settlers threw the Spanish out. They started the modern country of Paraguay.

When did Paraguay become independent?

Paraguay’s first ruler, in 1811, was José Gaspar Rodríguez de Francia. He tried to create Paraguay following the ideas of the French philosopher Rousseau. He weakened the power of the Catholic church. To unite his people, he made it illegal for Spanish settlers to marry each other. They could only marry Guarani, so that they would become all one people. Rodriguez de Francia ruled until he died in 1840.

Modernizing Paraguay – the end of slavery

Soon the Lopez family took control. They ran Paraguay as if it was their own private corporation, exporting valuable wood and importing Argentinian things to modernize Paraguay. The Lopez family started schools and colleges. They ended slavery. They hired engineers to build telegraph lines and railroads, and modernized the army. Paraguay wasn’t a democracy, but it was peaceful and people were doing okay.

Then in 1864, Brazil invaded Paraguay. Paraguay fought back, and there was a big war. Tens of thousands of people died on both sides. In 1870, Paraguay lost the war. Brazil and Argentina took a lot of Paraguay’s land. For a long time, Paraguay had one civil war after another. Many white people immigrated to Paraguay from Brazil, Argentina, and Europe. Most of these people were German or Italian. 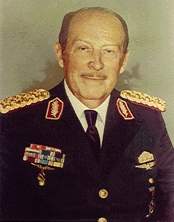 After Germany lost World War II, another huge wave of German people moved to Paraguay. Then in 1954, Alfredo Stroessner, the son of a German immigrant, took control. Stroessner didn’t care about civil rights or democracy. Most of the people were landless. If anyone complained, he arrested and tortured them.

The Guarani in Paraguay today

Stroessner ruled until 1989, when first Carter and then Reagan refused to support him anymore and the people forced him to get out of power. Since then, Paraguay has been trying to have a democratic government with elections, more or less successfully. Today, most of the population is mixed, but most people still speak Guarani. People use both Spanish and Guarani – and some German – all over Paraguay.