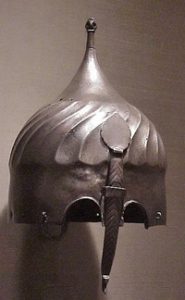 Medieval steel from India and Iran

The wars after the collapse of the Mongol Empire in the 1300s stopped steel production in Uzbekistan and Turkmenistan. But metal-workers kept on making high quality crucible steel in India and Iran under the Pandyas, the Mughals, and the Safavid Empire. The wars also made it hard to travel on the Silk Road, so traders started trying to go by sea instead.

The earlier history of steel

In the 1400s, Chinese ships sailed from South China ports to India to get steel. And by the end of the 1400s the ships of Charles V of the Holy Roman Empire also sailed from Portugal to India to buy crucible steel.

By the 1500s Portuguese ships were carrying steel the other way, east to China, and by 1542 the Portuguese had established a monopoly. They didn’t let anybody else’s ships carry steel at all. Maybe because of this, East African smiths seem to have stopped making steel.

Meanwhile, Europe and China were both still making blast furnace steel, and even selling it to the Ottoman Empire. But now that they could get to India themselves, European scientists began to try to figure out how to make high quality steel at home. That would be a lot cheaper. So whoever figured it out could make a lot of money selling cheaper steel.

Crucible steel made in Europe

In 1574, someone published a book in Prague (in the Holy Roman Empire) explaining how to make a kind of crucible steel. They used a cementation process, and blacksmiths in Nuremberg used that process by 1601. They used high quality iron ore from Sweden. By this time, though, the Holy Roman Empire was collapsing into the Thirty Years’ War. Steel-makers shifted over to making crucible steel in England, where there wasn’t a war going on. England got their iron ore from Sweden too. But people were still making better steel in India and Iran.

In the 1740s, after the Mughal Empire collapsed, the British colonized India. Benjamin Huntsman found out more about Indian steel and started to make really high-quality steel in Sheffield. He (and other people) used this steel to make springs for watches, so ships could figure out where they were.

More about British colonization in India

English people also learned from metal-workers in China to use coal instead of charcoal for their forges. By this time there were lots of blast furnaces making low-quality steel in the United States, too. They used charcoal because there were plenty of trees along the Atlantic coast.

The history of coal 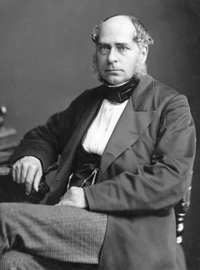 The Bessemer process for making steel

When England started to build railways in the 1800s, they needed tons of good steel to make the rails. Crucible steel was too expensive and slow. In the 1850s, Henry Bessemer invented a way to make steel quickly and cheaply.

He started with blast furnace steel, and he poured the melted iron into a converter. He also blew compressed cold air into the converter, and the oxygen in the air sucked the carbon out of the iron.

Then you had to add back a little carbon (mixed with manganese) and you had a big pot of high quality melted steel. In 1876, people found that adding a little crushed limestone would also suck out the phosphorus, giving more flexible steel.

Bessemer steel puts India and China out of business

In India, smiths stopped making crucible steel in the 1860s, when the new, much cheaper, and higher quality Bessemer steel put them out of business. In China, steel-makers gave up making steel just a little later, when the British won the Opium Wars and forced China to let Europeans sell Bessemer steel in China. 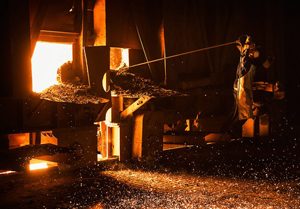 More about the Opium Wars

By 1900, Karl Siemens in Germany replaced Bessemer steel with a better method. You still started with a big batch of melted blast furnace steel (“pig iron”), but instead of cold air you slowly added wrought iron (which has a lot of oxygen in it) or rust (iron oxide) until you had the right amount of oxygen in the steel. Then you added limestone as before.

This “open-hearth process” was easier to control and could make even bigger batches of steel. The price of steel kept on going down, while the quality got better and better. People started to make all kinds of things out of steel: forks, spoons, zippers, snaps, screws, steel-toed boots, cooking pots, sinks, motors, sewing machines, bicycles, cars, big ships, airplanes, skyscrapers. Steel was everywhere.

People used the open hearth process until 1960. Then they got better at controlling the process of blowing oxygen into the iron, and went back to Bessemer steel – which we still use today. But it’s not only Britain and the United States that know how to do it. After World War II, Russia and Australia helped China restart their steel industry with modern methods. Today, China produces almost half of the world’s steel, and Europe only about 10%.

Learn by doing: what is made of steel in your house?
More about Iron
The Invention of Steel