What is limestone? History of Art 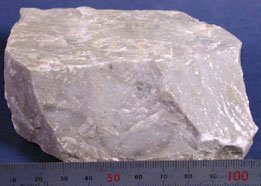 A block of limestone

Limestone is a kind of sedimentary stone that is very common all over the world. This kind of stone forms out of the shells of zillions of little tiny sea snails and creatures like that. These snails and stuff lived in the sea, billions of years ago.

What is calcium?
Calcium project
Evolution of mollusks
Other sedimentary rocks
All our geology articles

When they died, they fell to the bottom of the sea and rotted. But their shells were made of calcium like your teeth. So the shells did not rot and just stayed there. Pressure from other shells, and from the water, and from sand being washed over the shells, squashed the empty seashells all together into rock. 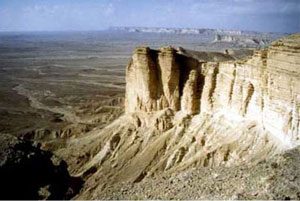 Many many years later, the sea changed where it was, and that left all this calcium-rock (limestone) on the land where people could quarry it (dig it up). (The medieval Islamic scientist Ibn Sina was the first person who figured this out.) You might think limestone would be rare, because all this complicated stuff has to happen to make it, but the Earth is so old that there has been plenty of time for billions of sea snails to die and for their shells to form rock and for the oceans to move around. So this kind of rock is actually very common on Earth.

How old is the Earth?
Who was Ibn Sina?

When limestone gets even more squashed, it can turn into travertine or marble.

What is travertine?
How about marble?

Limestone is also the main way you get lime, and lime is one of the things you make cement out of. To get lime, you have to burn limestone in lime kilns. What is left after you burn limestone is lime. In the Middle Ages, people in Europe and the Islamic Empire burned most of the statues of ancient Greece and Rome to turn them into lime. They used the lime to make mortar and cement, and built new buildings out of that.

What is cement?
A project with cement

Learn by doing: find a building made out of limestone near you.
More about sedimentary rocks
More about travertine
And more about marble

Bibliography and further reading about limestone: