What is tufa? History of Architecture 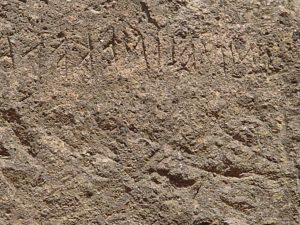 A block of tufa from Caere with an Etruscan inscription on it.

Tufa (some people call it “tuff”)  is a kind of limestone that is very common in Italy. Tufa is very soft when it is first cut from the ground, so it is easy to work with. It’s not soft like butter, but it is easier to cut than harder stones like granite. Tufa is easier to work than travertine or marble. But tufa is a coarser stone, so you can’t get it to look as smooth as travertine or marble either. Tufa is always going to have a rough surface. If you look at a pumice stone, which is kind of the same texture, you’ll see what I mean. 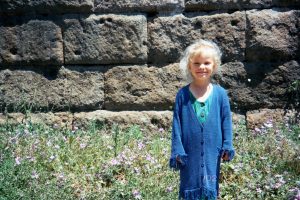 Blocks of tufa from a Roman wall

The Etruscans and the Romans used tufa a lot in early temples and in their tombs. But gradually they started using finer stones like travertine and marble instead. By the time of Julius Caesar, tufa was mainly used where it wouldn’t show- in the foundations of buildings, or where it was going to be covered with slabs of marble or stucco.