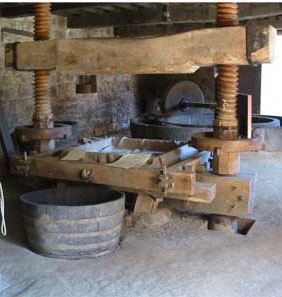 What is a screw?

People always count screws as a separate kind of simple machine. But really screws are just one kind of inclined plane. They are such an important kind that we give them their own category.

Like most other simple machines, screws also exist in nature. The hip joints of some weevil bugs, for example, are screws and nuts.

But people didn’t start to use screws until pretty recently. The earliest possible example of a screw that we know of was from about 700 BC. That’s a lot later than wheels, which people invented about 3700 BC, three thousand years earlier.

About 700 BC, the Assyrian king Sennacherib may have used a screw pump to lift water for the Hanging Gardens of Babylon, the famous gardens of his palace. After that, there is no more evidence of people using screws until about 250 BC, in Sicily. Then the Greek inventor Archimedes certainly made a wooden screw press.

Who was Archimedes?
West Asian science 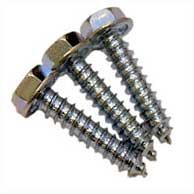 Screws are really a kind of inclined plane.

Get a screw and look at it closely. You’ll see that a screw is an inclined plane wrapped around a central core into a spiral shape. We call that inclined plane the threads of the screw.

What are screws for?

Apples and cider
Wine and wine-making
Olives and olive presses

Second, screws can thread into things like wood or a metal bolt so that the two things are interlocked and can’t come apart. That’s the most common use of screws today.

A screw’s power depends on how close together the threads are, and how wide the head is where you are turning it. You can get more power by making the threads closer together, or by getting a longer stick to turn the screw with.

But if the threads are closer together, you’ll have to turn the screw more times before it is screwed down tight. And if you get a longer stick, you’ll have to walk further each time you go around the screw.

As with the other simple machines, you can choose between working harder for a shorter time, or less hard for a longer time. So the mechanical advantage of a screw is the distance between the threads multiplied by the length of your stick. 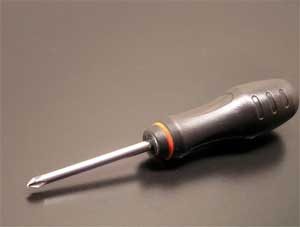 A screwdriver is a kind of lever.

Screws in the Roman Empire

After Archimedes, farmers started using screw presses more and more often. They used screw presses to press apples into cider or grapes into wine, or olives into olive oil.

Screws in the Middle Ages

By the late Middle Ages, more than a thousand years later, printers used screw presses to print books and newspapers. But until there were machines to make small metal screws, people didn’t use small screws.

The screwdriver, which is a kind of lever, wasn’t invented until about 1800 AD. Even then, screws didn’t really become popular about 1860, when Henry Bessemer invented a way to make good steel cheaply.

What is a lever?
Medieval and modern steel

So modern screws with their screwdrivers are a combination of two simple machines – the inclined plane and the lever. And they’re really pretty new.

Learn by doing – screws and screwdrivers