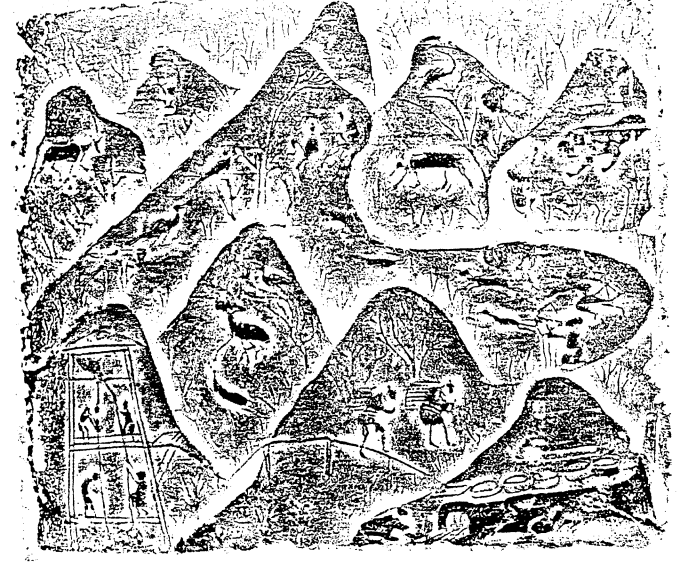 The salt trade, already important in the Bronze Age, grew more and more important over time. By 252 BC, a Chinese governor named Li Bing also figured out how to mine salt. People dug deep pits down to where there were natural underground salt water pools, and forced the salty water out through bamboo pipes.

Because everyone needed salt, but only a few people could produce it, salt was something everybody bought. So governments began to tax it, to raise a lot of money. Both the Han Dynasty and the T’ang Dynasty, in China, got a lot of their money from the salt trade. As the Roman Empire expanded, the Romans took over the Celtic salt mines, and used that salt to help feed poor people in Rome, or to raise money (for example to pay for the Punic Wars).

In the Sassanid Empire (modern Iran), about 200 AD, men also worked in salt mines – some men who apparently died in those mines have recently been dug up. 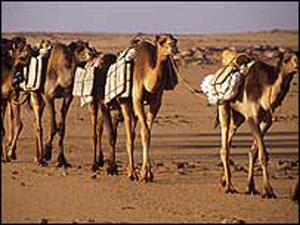 When people began to use camels for trade caravans across the Sahara Desert to West Africa, about 1000 AD, merchants brought salt across the desert on the backs of the camels. Caravans of up to 40,000 camels carried salt from Sfax and North Africa south to West Africa, and sold the salt in Timbuktu. The merchants used the salt money to buy slaves, gold, kola nut, and cotton from West Africa. Then they forced the slaves to mine even more salt.

Learn by doing: try putting soy sauce on some rice
More about slavery

Salt: A World History, by Mark Kurlansky (2003). The writing’s a little disjointed, but he sure knows a lot about salt, and he gives enough context so you can see why salt is important.

Salt of the Desert Sun : A History of Salt Production and Trade in the Central Sudan, by Paul E. Lovejoy (2003). About African salt production.