Who were the Nestorians? History of Christianity 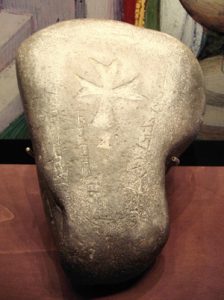 A Nestorian cross on a tombstone from Kazakhstan (1300s AD)

In 428 AD, when Pulcheria and Eudocia were running the Roman Empire, a bishop named Nestorius became the Patriarch of Constantinople. That’s like being the Pope but for people in the Eastern Empire.

Nestorius didn’t like the idea that Jesus was both a man and a god at the same time. Nestorius thought that couldn’t really be possible. So he thought that Jesus must really have been two separate beings – a human one and a god one – at the same time, wrapped up together. They must have been different, but almost the same. But this was too close to Arianism for a lot of people.

Many Christians agreed with Nestorius. But the majority wanted to believe that Jesus could be both a man and a god. After a lot of arguing and a fair number of riots and street fights over who was right, official Church councils in both 431 and 451 declared that Nestorius was wrong. Nestorius himself died in 450, but his followers – Nestorians – still kept on believing that Jesus was two separate beings. Many Nestorians left the Roman Empire after 451. Most of them moved to the Sassanian Empire, where they were more successful. By 500 AD most Christians in the Sassanian Empire were Nestorians or Manichaeans, or both. 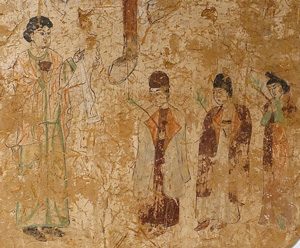 Learn by doing: making an icon
What about the Manichaeans?

Bibliography and further reading about Nestorianism: