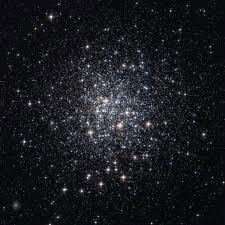 Inside stars (like our Sun) there are fusion reactions. Stars got started after the Big Bang.

What was the Big Bang?

The Big Bang was the very beginning of our Universe, and it probably happened about 13.73 billion years ago, because that’s how old the oldest stars are, and we think that stars began to form almost immediately after the Big Bang.

The oldest stars
More about space
All our physics articles

What came before the Big Bang?

Nobody knows what was there before the Big Bang. Possibly there was no time before the Universe got started, so nothing happened. Another way of looking at it is to say that somehow, in the very first micro-second of the Big Bang, some space actually changed into time, so that time got started. There might have been other universes before this one, or there might be other ones at the same time as this one.

What is time?
Bonus: what is gravity?

What did the Big Bang do?

When the Big Bang happened, it let loose a huge amount of energy into a small Universe. The Universe immediately started to get bigger and bigger and making more space (and it is still getting bigger today). Inside the Universe, the energy (in the form of photons (light) and bosons) went zipping around like crazy all over the place.

More about photons
What are quarks?
How about energy?

These super-energetic photons and bosons sometimes broke up into smaller particles. The photons broke down into an electron and a positron, which is like the opposite of an electron. The bosons broke down into a proton and an anti-proton, or neutrons and anti-neutrons. Then they would lose energy and eventually glue themselves back together into protons and bosons again.

More about electrons
Protons and neutrons
Hydrogen atoms
What is a nebula?

But at some point, some of the positrons and anti-protons (the anti-matter) seem to have gotten lost somewhere, leaving a bunch of lonely electrons and protons with no matches. These electrons and protons got together with each other, forming the first hydrogen atoms. Once there were clouds of these hydrogen atoms floating around together, they formed nebulas, which soon developed into the first stars.

Bibliography and further reading about the Big Bang:

Or check out this article on the Big Bang from theEncyclopedia Britannica.