What are quarks? Nuclear physics and science 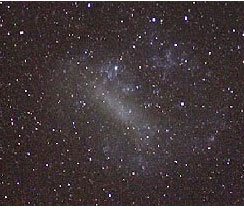 What are quarks? Tiny particles found all over the universe.

Quarks and electrons are the tiniest particles. There are three quarks in every proton and three in every neutron, and protons and neutrons are the pieces of an atom. We can’t see a quark, even with an electron microscope, but we know they must exist because that’s the only way to explain what happens when scientists do certain experiments.

Quarks and the Big Bang

The first quarks probably came into being just at the time of the Big Bang, right at the beginning of the universe. At that time, there was nothing in space but lots of electrons and quarks, and positrons and anti-quarks. But quarks don’t like to be alone, so less than a second after the Big Bang the quarks were already teaming up to make protons and neutrons and mesons and photons. After less than five minutes, the protons and neutrons were already joining up with the electrons to make hydrogen and helium atoms.

There are six kinds of quarks – up quarks, down quarks, strange quarks, charm quarks, bottom quarks, and top quarks. Their names don’t really mean anything, just that they are different kinds of quarks. A proton is made of two up quarks and a down quark, and a neutron is made of two down quarks and an up quark. A force called the strong nuclear force holds the quarks together. Up quarks have a little bit of mass, but most of the mass of a proton comes from the strong nuclear force itself, rather than from the quarks.

So what are quarks? Did you find out from this article? Let us know in the comments!

Learn by doing: add up how many quarks there are in an oxygen atom
More about atoms

Bibliography and further reading about quarks: